Formula One to Return – Sans Fans

Global series to be limited to an eight-race schedule, borrowing plan from NASCAR. 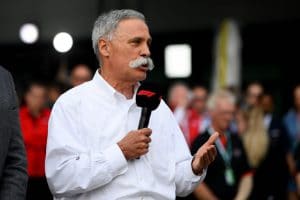 Formula One CEO Chase Carey announced that the series will return without fans due to the pandemic.

Formula One will make a limited return, organizers announced today, with an eight-race schedule that will kick off in July, albeit without fans.

Like many other motorsports programs, F1 was put on hold as the coronavirus pandemic swept across the globe. A few series have started up again, NASCAR holding its first event at Darlington Raceway on May 17, also without anyone in the stands.

“We are pleased to be able to set out our opening eight race calendar today and look forward to publishing our full calendar in the coming weeks,” Formula One chairman Chase Carey said in a statement.

F1, widely seen as the premier global motorsports series, was set to launch on March 15 with an opener in Australia. The event was scrubbed, however, as outbreaks of COVID-19, the disease caused the SAR-CoV-2 virus, began spreading beyond China. 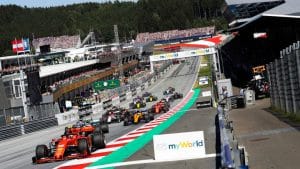 F1 will restart its season July 5 in Austria. The rest of the eight-race schedule will be released later.

The season was to have had 22 events. For now, however, it will be limited to eight, and with only a handful of locations being used. There will be two races each at the Silverstone circuit in Britain, another two at Austria’s Red Bull Ring where the first event is now scheduled to take place on July 5. The second will be held at that track a week later.

The other tracks approved for the eight-race series are Budapest’s Hungaroring, Barcelona’s Circuit de Catalunya, Italy’s Monza and Spa in Belgium.

Organizers are still hoping to revise the schedule on the fly. While races in Australia, the Netherlands and France, as well as the legendary Monaco Grand Prix, they still are leaving open the possibility of adding back events in Azerbaijan, Bahrain, Canada, China and Vietnam, as well as a season-ending Gran Prix in Abu Dhabi.

“While we currently expect the season to commence without fans at our races we hope that over the coming months the situation will allow us to welcome them back once it is safe to do,” he said. 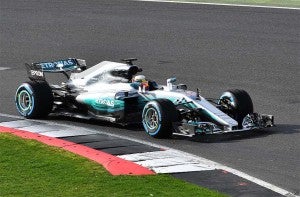 Mercedes and driver Lewis Hamilton have dominated the Formula One race circuit during the past few years. Hamilton will be back on the track next month.

But the statement cautioned that “the health and safety of all involved will continue to be priority number one,” the series erring on the side of having “the highest level of safety with strict procedures in place.”

In the U.S., the NASCAR series came back roaring, seven races held in just 11 days by its three individual series. Including the Coca-Cola 600 on Memorial Day.

“Like our fans, we are disappointed that they cannot join us at Charlotte Motor Speedway for the race, but we understand these are unprecedented circumstances dictated by what’s best for the health and safety of the general public,” Speedway Motorsports President and CEO Marcus Smith said prior to that holiday event.

The 2020 Indianapolis 500, easily the most iconic American race and the traditionally biggest draw over the Memorial Day weekend, was put on hold as the pandemic swept into the U.S. It has been rescheduled for August 23. The IndyCar series itself was put on hold before the season began in March. It now is set to resume on June 6 at Texas Motor Speedway.

It remains unclear whether fans will be permitted to attend all of the races, including the Indy 500.

Thanks for subscribing! Please check your email for further instructions.
Tagged with: F1 restarting with eight races | F1 season to restart | Formula One news | Formula One restarting season | thedetroitbureau.com