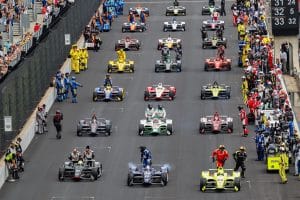 Another major U.S. sporting event is being postponed due to the coronavirus pandemic: the 2020 Indianapolis 500.

This year’s race will run Aug. 23 instead of its original May 24 date. As a result, the 104th edition of the race will be the first one ever not completed in May, according to Penske Entertainment Corp. Led by racing icon Roger Penske, the group purchased the track – and by extension the race – last year.

“The Month of May at IMS is my favorite time of year, and like our fans, I’m disappointed we’ve had to reschedule the Indy 500,” Roger Penske said in a statement. 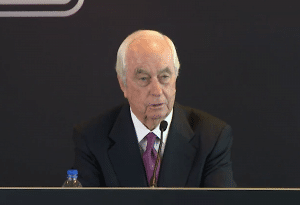 Roger Penske is the fourth owner of the Indianapolis Motor Speedway in the track’s 110-year history.

“We’re going to double-down on customer experience in the months ahead and I’m confident we’ll greet fans with a transformed facility and a world-class spectacle when we run the world’s greatest race later this year.”

Officials said that tickets already purchased will be valid for the rescheduled race. While not the first race cancelled due to the outbreak, the Indy 500 may be the best known in the U.S. It is a Memorial Day weekend tradition for many families.

“Memorial Day weekend has always provided Indianapolis 500 fans an opportunity to honor the men and women who have fought and sacrificed for our nation’s freedom,” said Penske Entertainment Corp. President Mark Miles.

(Automotive Hall of Fame set to induct four “who moved the world forward.”)

“This August, we’ll also have a unique and powerful opportunity to honor the contributions and heroism of the doctors, nurses, first responders and National Guard members serving on the front lines of the fight against COVID-19.” 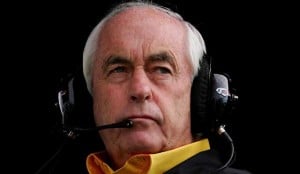 Penske said the postponement of this year’s Indy 500 is disappointing, but fans can expect an amazing experience in August.

The practice sessions will be held Aug. 12 and 13, with qualifying following on Aug. 15 and 16. Thus far, the IndyCar season has also been wiped out as well with some races being postponed, while others have been cancelled outright.

“After careful consideration, including regular communication with our event promoters, health officials, and the city administrations in our respective race markets regarding COVID-19, we have made the decision to cancel all NTT IndyCar Series events through April,” the series organizers said in statement March 13.

This began with the Firestone Grand Prix of St. Petersburg, which was to run March 15, and continues through the AutoNation IndyCar Challenge at Circuit of the Americas in Austin, Texas which was to take place April 24-26. Now the GMS Grand Prix and Indy 500 have been added to the list.