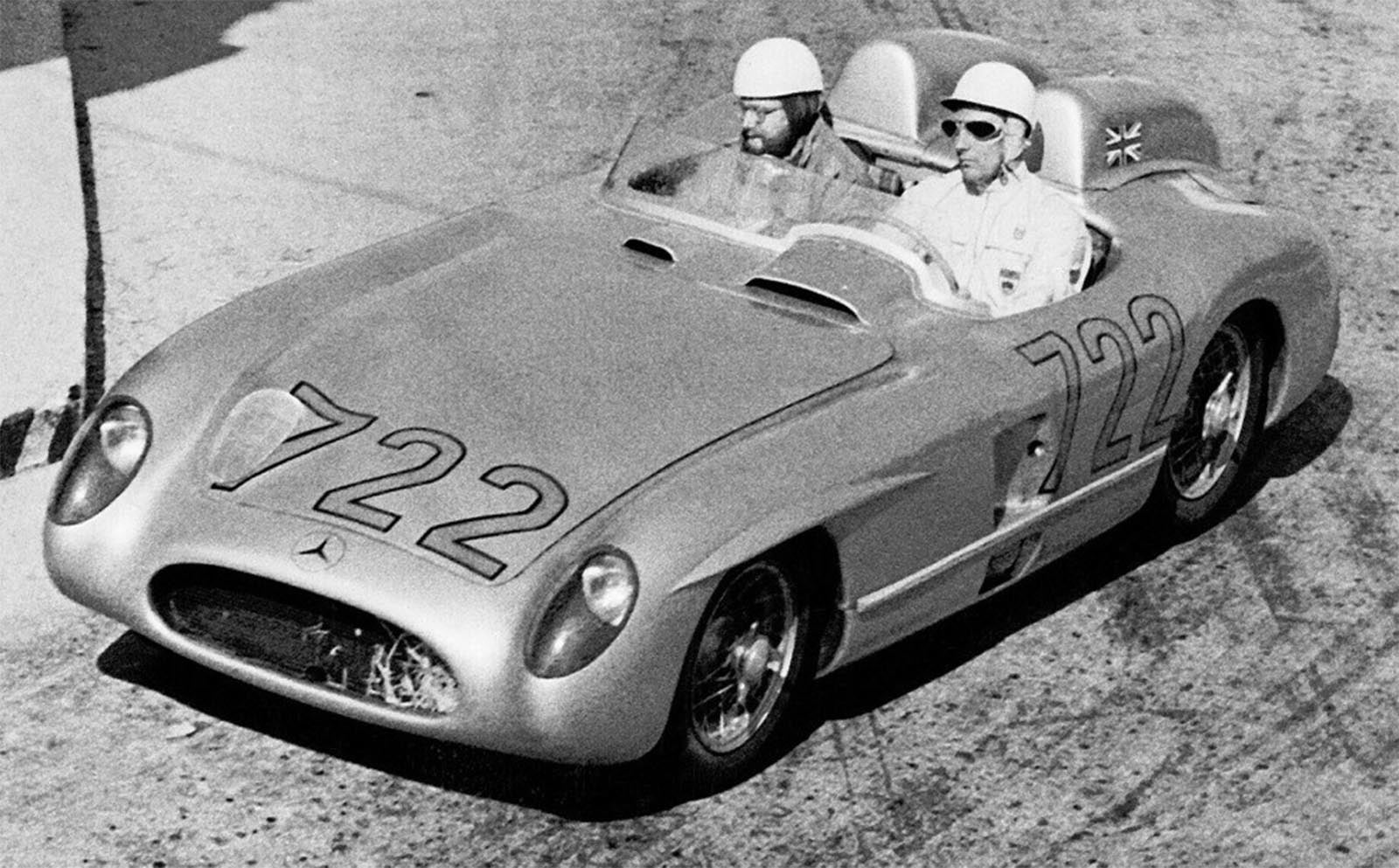 It was an era when death and destruction were the norm on the racing circuit, and it looked like Stirling Moss would become one of the many drivers who wouldn’t make it through the end of the season when his Lotus racer ran off the track at Goodwood in April 1962.

There was little left but a pile of rubble, and the British racing legend would spend the next month in a coma. Yet, Moss somehow pulled through, and while his career in Formula One might have been over, Moss managed to recreate himself many times during the next 58 years.

In a modern era when the word, “great” is so often used with abandon, Sir Stirling Moss truly deserves credit as one of the greatest race car drivers ever. He passed away over the weekend, wife Susie Moss confirmed.

“It was one lap too many,” Lady Moss said in a statement. “He just closed his eyes.” 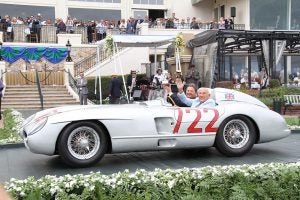 Moss was behind the wheel of #722 again in August 2011, during the Pebble Beach Concours.

The reaction to Moss’s death came quickly and from corners far beyond the circuits Moss raced in his days on track. After the crash at Goodwood ended his high-level racing career, Moss continued to be a fixture in the sporting and automotive worlds. He became a well-regarded broadcaster and a frequent presence in the collector car community, a much sought-after figure at events like the annual Pebble Beach Concours d’Elegance.

Moss was born in London in 1929 and, by his late teens was already considered a driver to be reckoned with. During a professional career cut short at Goodwood, he still managed to claim victory at a stunning 212 out of the 529 races he entered, often piloting vehicles that shouldn’t have a chance of taking the checkered flag, at least with anyone else in control. Moss captured 16 Formula One Grand Prix victories – out of 66 F1 races he entered.

He is often credited with shattering Germany’s long stranglehold over F1 though, ironically, he spent a number of years with Mercedes, starting in 1955 when he joined the carmaker’s team alongside that other racing legend, Juan Manuel Fangio. Moss proved his stuff that year during Italy’s Mille Miglia, not just winning the race but coming in 32 minutes ahead of Fangio. 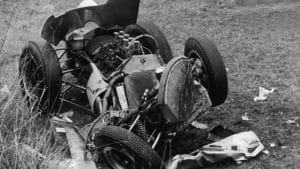 Moss nearly lost his life during a horrific wreck at Goodwood in April 1962.

During his nine decades, Moss won plenty of honors, among other things, he was named the BBC’s sports personality of the year in 1961. He was knighted in 2000, was given the Segrave Trophy in 2005 and was honored by the FIA in 2006 for his “outstanding contribution to motorsports.”

It would take more than a dozen years after his near-fatal crash before Moss would begin to race again, albeit at a more casual level – one of his first events had him pilot a modified lawn mower. In the decades that followed, Moss would often participate in classic car races, such as the annual event at Laguna Seca. 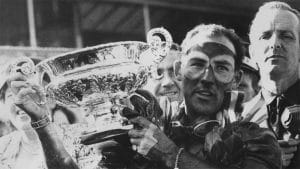 During his professional career, Moss won 212 races out of 529 he entered — including 16 Formula One Grand Prix.

Despite his success, both on and off the track, what often surprised those who came to know Moss over the years was how easily approachable the man was.

Jim McCraw, a veteran automotive and motor sports journalist spotted Moss at Laguna Seca a few years back standing alone alongside the track. McCraw asked what the difference is now compared to racing in his Formula One days.

“Precision driving,” the Brit replied. “In my day, at Monaco, if you had hit any of those berms in the corners, the suspension would have broken, so you didn’t dare hit them. Nowadays, the cars can run over anything and keep going.” 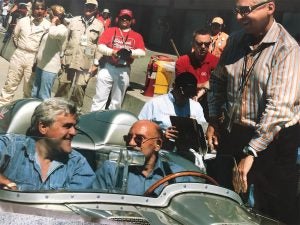 Moss shown after he took a fawning Jay Leno for a spin around Laguna Seca. (Photo courtesy Jeff Day)

Despite Moss’s down-to-earth nature, he could leave even the biggest celebrities in awe, McCraw recalled on Facebook. “That same weekend, Moss took Jay Leno out for three hot laps in the 300 SLR #722 that he had won the Mille Miglia in, and, when the car rolled to a stop, Leno got out, shook Moss’ hand, looked up into the sky, and said, “It’s okay. I can die now.”

In his post-racing career, Moss found any number of things to keep himself occupied. He became a highly regarded broadcaster on the motor sports circuit while also running a successful property business. He became a brand ambassador for Mercedes, frequently appearing at auto shows and even accompanying journalists as they set out to test the German marque’s newest performance products.

On one event, a well-known writer skidded off the track in the then-new Mercedes-McLaren SLR supercar. Moss remained nonplused, later confiding to the automaker’s former PR chief Geoff Day, ““Geoff, old boy, you can tell a man he has an ugly wife but you must never, ever, tell him he’s a bad driver.”

Moss continued racing as a sideline until 2011, that remaining his true passion.

(Automotive Hall of Fame set to induct four “who moved the world forward.”)

“I certainly will miss our conversations,” said Lewis Hamilton, today’s Formula One legend and successor to Moss on the Mercedes team. “I am truly grateful to have had these special moments with him. Sending my prayers and thoughts to his family. May he rest in peace.”