Nissan Shutting Down Plants in Japan for Two Weeks 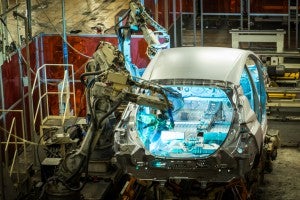 The newly introduced next-gen Nissan Leaf is one of the vehicles impacted by the company's plant shutdown in Japan.

Nissan is shutting down its six manufacturing plants in Japan for two weeks to address issues surrounding product quality levels after a recall and the Kobe Steel problems.

The Japanese automaker will revise final inspection procedures on its assembly lines to ensure they meet the transport ministry’s requirements, the company said. The moves will impact less than 10% of Nissan vehicles manufactured in Japan each month.

The company admitted that uncertified technicians performed final checks for vehicles sold in Japan. The techs were used because some inspection steps had been transferred to other inspection lines, in violation of ministry rules, according to Reuters.

Compounding the problem was that Nissan continued to use the uncertified techs even after it had resolved the issues in other areas of the plants.

“Our emergency measures were not enough. We were unable to change our bad habits,” CEO Hiroto Saikawa said at a briefing at its headquarters, adding that increasing inspection efficiency combined with communication issues were factors in the problem. 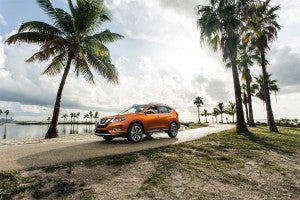 The Nissan Rogue is another vehicle impacted by the automaker's plant shutdown in Japan.

Nissan recalled all 1.2 million new passenger cars sold in Japan during the past three years for re-inspection as a result. The company said on Thursday that around 34,000 additional cars would be re-inspected, probably expanding the recall by around 4,000 units, Reuters reported.

(Click Here for more about Nissan being the latest to use a voice-activated assistant.)

The problem was discovered by Japan’s transport ministry when because the uncertified inspectors were using the stamps of certified inspectors to provide approvals on final inspections. The problem has created quite a stir in Japan, which has many questioning these actions are the exception or the rule at Japanese plants.

Fortunately for Nissan, it doesn’t impact vehicles it exports to other countries as they are not subject to the final inspection rules. The hot-selling Rogue and newly debuted next-generation Leaf are both produced in Japan and would suffer immensely if forced to be recalled in the U.S. and other markets.

Additionally, the company is dealing with the revelations about Kobe Steel, Japan’s third-biggest steelmaker, and its falsified specifications on the strength and durability of aluminum, copper and steel products, misconduct that may have stretched back more than 10 years.