Renault and Nissan plan to double their savings by drawing even closer as part of what often is held up as the world’s most successful automotive alliance.

Together, the Renault-Nissan Alliance, which also includes Japan’s Mitsubishi Motors, has sold more vehicles than any other company in the world so far this year, leap-frogging competitors Volkswagen and Toyota. Now, as part of the new Alliance 2022 strategy, the goal is to boost global sales nearly 40%, to 14 million a year by 2022, Renault-Nissan Alliance CEO Carlos Ghosn said Friday. The partners also announced their goal of having electrified vehicles represent 30% of its global total.

“This plan will boost the growth and profitability of our member companies,” said Ghosn. “We intend to deliver on growing synergies, with three autonomous companies cooperating with the efficiency of one. The Alliance has grown and performed with two members since 1999. With Alliance 2022, we will prove that we will grow and perform with three companies or more.”

With the addition of Mitsubishi – which Nissan took control of last year – Alliance sales are expected to reach 10.5 million this year. That is forecast to reach 14 million by the end of the new, five-year strategy. Meanwhile, Ghosn said the goal is to double savings from the partnership, to 10 billion Euros, or approximately $12 billion. Revenues are expected to climb to a collective $240 billion. 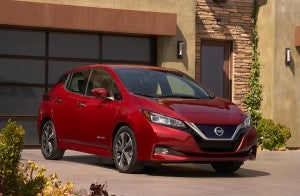 Renault, Nissan and Mitsubishi plan to take a number of key steps under the new alliance strategy:

The Nissan side of the Alliance was the first automaker in the world to produce a mass-market battery-electric vehicle, the Leaf. A second-generation version just debuted, and Nissan officials this week revealed they are working on an all-electric SUV. Renault and Mitsubishi now produce a number of their own hybrid, plug-in and pure BEV models.

All told, 12 fully electric models will be launched by 2022, and will be based off common platforms. With the introduction of newer, more advanced batteries, meanwhile, the goal will be to boost range to as much as 600 kilometers, or 375 miles, while also sharply reducing charging times.

The Alliance will also introduce a number of plug-in and conventional hybrids. All told, electrification will account for a full 30% of combined vehicle sales, according to the new plan. 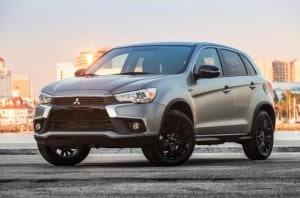 The timing of the partners’ announcement about electrification comes days after a flood of similar news from competitors including Volkswagen, BMW and Mercedes-Benz. During news conferences this week at the Frankfurt Motor Show, all three revealed plans to offer electrified options for all of their future models. VW, in particular, said it will introduce 50 pure battery-electric vehicles by 2025 through its dozen passenger car brands.

The switch to battery power is one of several critical shifts reshaping the auto industry. Manufacturers are also in a race to develop vehicles that can connect to one another, as well as to a highway infrastructure.

One of the most dramatic transitions is expected to come with the development of autonomous and even fully driverless vehicles. Nissan, in particular, has positioned itself as one of the leaders in this arena, promising to have its first self-driving model in production by 2020.

At a Paris news conference Friday, Ghosn said the automaker will phase-in the technology, starting with systems like the new ProPilot Assist being introduced on the redesigned 2018 Nissan Leaf, and reaching full autonomy by 2022.

The Brazilian-born Ghosn also announced plans to introduce “robo-taxis” to tap into the “sharing” trend also expected to transform the automotive world in the coming decade.

Both Uber and Lyft, two of the world’s largest ride-sharing services, hope to go fully driverless in the coming decade, forecasting the move would drop the price of a ride to the point that it will become cheaper to hail a robo-cab by smartphone app than actually own a personal vehicle. At the Frankfurt Motor Show this week, Daimler AG showed off a concept version of its Smart Fortwo microcar that would also serve as a driverless taxi.

The Renault-Nissan Alliance was formed in 1999 when the French carmaker initiated a $6 billion bailout of the then-failing Japanese manufacturer. It has turned into a highly profitable relationship for both companies. Much of that has come by finding synergies such as shared vehicle platforms and powertrains. But the Alliance is signaling that the push for further savings could lead to new job cuts. It did not offer details on where those could come.

The debut of the Alliance 2022 comes at a point when speculation is growing about Ghosn’s personal role. He recently stepped down as Nissan CEO in order to take on that role at long-struggling Mitsubishi. He remains Renault CEO and the head of the Alliance itself. Whether he plans to stay on through 2022 was one of the questions Ghosn was asked after announcing the details of the new plan.

While not specifically indicating whether his duties might change over the next five years, Ghosn declared that, “I am intending to execute on the plan as long as it makes sense.”