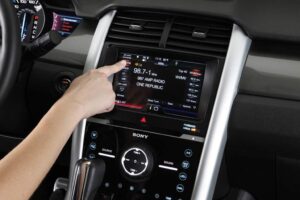 The new partnership between Ford and Toyota will help improve the user interface with in-car apps.

When Tesla made all of its patents available to its competitors to see – and use – in 2014, it pushed the “open source” movement to a new level in the automotive industry. Now others are following suit.

Ford open sourced “AppLink” a few years back hoping to push the industry in one direction for in-vehicle apps. Now it has a partner in Toyota and the pair are establishing the SmartDeviceLink (SDL) Consortium with other automakers and suppliers to manage open source software for smartphone app development for vehicles.

“Encouraging innovation is at the center of Ford’s decision to create SmartDeviceLink, and this consortium is a major step toward that goal,” said Doug VanDagens, global director, Ford Connected Vehicle and Services, and a board member of the consortium. “Consumers will win with new, innovative app experiences from increased collaboration and developer engagement.”

The plan is for the non-profit Consortium to help promote adoption and will focus on giving consumers significantly more choice in how they connect and control smartphone apps on the road. To be clear, we’re talking about apps drivers us for navigation, streaming music and other forms of connectivity.

Automakers recently have been finding value in throwing open their formerly secretive doors and open sourcing new technologies hoping to get other companies to help move it down the path to broad acceptance, or even the holy grail of “industry standard.”

Adopting the open source platform gives automakers and suppliers a uniform standard with which to integrate apps. Developers benefit because they can focus on creating the best experience for customers by integrating one linking solution for use by all participating automakers.

“Connectivity between smartphones and the vehicle interface is one of the most important connected services,” said Shigeki Tomoyama, president of Toyota’s Connected Co.

(Click Here to see how the auto industry rode record sales to a new annual benchmark in 2016.)

“Using SmartDeviceLink, we can provide this service to our customers in a safe and secure manner. We are excited to collaborate with many auto manufacturers and suppliers who share our view.”

The benefits go both ways, participants in the program note, adding that SmartDeviceLink enables smartphone app developers to seamlessly integrate their app functions with in-vehicle technology such as the vehicle display screen, steering wheel controls and voice recognition. With this new level of integration, drivers enjoy their favorite apps on the road in an enhanced, user-friendly way.

Consumers also benefit because developers and automakers working together will contribute improvements to the open source code – increasing the quality and security of the software.

Industry-wide adoption of SmartDeviceLink is expected to give app developers broad scale as their innovations could be applied to millions of vehicles worldwide.

Ford AppLink software is currently available on more than 5 million vehicles globally while Toyota plans to commercialize a telematics system using SDL around 2018. Popular apps such as Pandora, Spotify, iHeartRadio, AccuWeather and others are already available to Ford AppLink users.