Organization says most systems still distract driver too much. 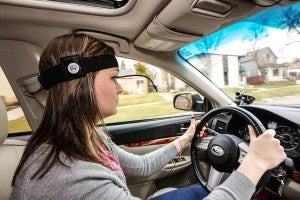 Automakers are coming out with a multitude of hands-free systems, which are supposed make it safer for drivers to stay in touch with the world outside of the car and in command of the inside.

However, the AAA Foundation for Traffic Safety claims researchs shows hands-free systems like Apple’s Siri, General Motors’ MyLink and Ford’s Sync that are designed to limit distracted driving may have the opposite effect.

“We already know that drivers can miss stop signs, pedestrians and other cars while using voice technologies because their minds are not fully focused on the road ahead,” said Bob Darbelnet, chief executive officer of AAA.

“We now understand that current shortcomings in these products, intended as safety features, may unintentionally cause greater levels of cognitive distraction.”

The foundation, which is the research arm of the organization, put several popular hands-free technologies to the test.

Using instrumented test vehicles, heart-rate monitors and other equipment designed to measure reaction times, researchers from the University of Utah evaluated and ranked common voice-activated interactions based on the level of cognitive distraction generated.

The team used a five-category rating system, which they created in 2013, similar to that used for hurricanes. The results show:

(Click Here for details on the increase in GM’s death toll to 24.)

Of the systems they tested, Toyota’s Entune system came out on top with a score of 1.7, which is like listening to a book on tape. Others included: Hyundai’s Blue Link (2.2), Chrysler’s Uconnect (2.7), Ford’s SYNC with MyFord Touch (3), Mercedes-Benz’s COMAND (3.1) and GM’s MyLink (3.7). Siri, which is not tied to any specific vehicle brand, came in at a 4.

(To see why FCA’s Sergio Marchionne thinks the European car market is a mess, Click Here.)

The good news is that there are ways to make the systems better and keep drivers’ attention more focused on the road. The key is to reduce the amount of time the driver is engaged with the system. For infotainment tasks, Toyota’s Entune system required the least amount of time-on-task, while Chevrolet’s MyLink required the most, the study found.