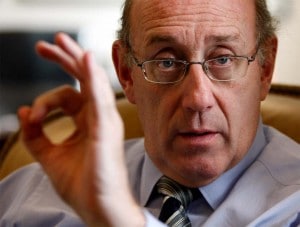 The number of deaths associated with General Motors’ faulty ignition switch rose to 24 after the manager of its victims fund approved another claim late last week.

Initially, GM believed that the switch was responsible for just 13 deaths, but as claims have been filed with Kenneth Feinberg, the administrator of GM’s fund, the number has nearly doubled since Aug. 1, when Feinberg began accepting claims. He’s received 165 claims from families who believe a member died due to the defective switch.

Starting in late January, GM began recalling several models in its small-car line-up built over a decade due to the problem. Ultimately, the recall climbed to 2.6 million vehicles. It started a record-setting string of recalls by the automaker that is now just shy of 30 million. The previous record for the entire industry was 30.1 million in 2004.

Additionally, he substantiated four claims for serious injuries, which under the definitions established includes amputations, burns, spinal cord or brain damage. Twelve of 467 claims for hospitalization with 48 hours of an accident were also deemed eligible for compensation.

The fund will pay at least $1 million for each death claim, along with $300,000 payments to surviving spouses and children for pain and suffering. In addition, it will calculate the economic value of the life lost.

While GM can question claims, it cannot refute Feinberg’s determinations regarding them. The deadline to file a claim is Dec. 31.

(Click Here for details on Simon Sproule’s departure from Tesla.)

Feinberg is still evaluating applications that have not been certified for compensation. This includes some claims for which he’s requested additional information or documentation for verification.

The problem with the switch is that it can move from the “on” to the “accessory” position when driving on rough roads or being jostled in some why. This cuts off power to the engine, air bags and power steering and brake assist.

The switches were installed in several GM models, including the Chevrolet Cobalt, Chevrolet HHR, Saturn Ion, Saturn Sky and Pontiac G5. Potential claimants can find the criteria for eligibility at GMIgnitionCompensation.com.