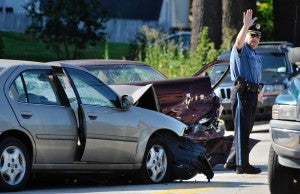 The National Safety Council reports that motor vehicle deaths decline 1% in the first half of 2017.

For the first time in two years, motor vehicle deaths are on the decline, albeit only slightly.

The National Safety Council estimates reveal that traffic fatalities through the first six months of 2017 are down 1% from the same period last year. Totals have steadily risen since the end of 2014, making the organization cautious.

The NSC notes the increase has been the “steepest estimated two-year increase in motor vehicle deaths since 1964, and it is too early to conclude whether the upward trend is over.” The totals are still 8% higher than the results from the first half of 2015.

“The price of our cultural complacency is more than a hundred fatalities each day,” said Deborah A.P. Hersman, president and CEO of the National Safety Council.

“Although the numbers may be leveling off, the Road to Zero deaths will require accelerating improvements in technology, engaging drivers and investing in our infrastructure.” 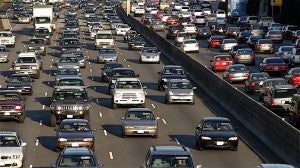 Traffic deaths declined in the first half of 2017 despite the fact that Americans are driving more than ever.

Other important statistics include:

The group is holding its breath on the full-year results because the second half of any year tends to see an uptick in fatalities when compared with the first half. An estimated 18,680 people have been killed on U.S. roads since January and 2.1 million were seriously injured.

The total estimated cost of these deaths and injuries is $191.1 billion, which is a 7% decrease from the year before.

The council has tracked fatality trends and issued estimates for nearly 100 years, and estimates as many as 40,000 people were killed on the roads in 2016 – a 6% rise compared with 2015. Those results spell the largest two-year percentage increase in deaths in 53 years.

(To see why teens are three times more likely to die in auto crashes, Click Here.)

Those estimates – as well as the 2017 preliminary estimates – are subject to slight increases and decreases as the data mature. Factors impacting motor vehicle fatality trends include an improved economy and lower gas prices, both of which have helped fuel a 1.7 percent increase in miles driven from 2016 to 2017.