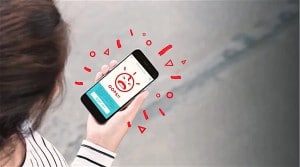 Stories about children and pets being left in hot cars needing to be rescued by law enforcement officials or passersby or, worse yet, not being saved at all, have pushed legislators to act.

Both houses of the U.S. Congress have introduced legislation compelling automakers to develop some form of rear seat warning system that would help alert drivers when they exit a vehicle if there is someone in the back seat.

Thirty children have died this year – a 20% increase over 2016 – as a result of being left in hot cars. The problem is trending in the wrong direction as the number of deaths rose in 2015 and 2016. This doesn’t account for pets left in vehicles.

On July 31, Sens Richard Blumenthal (D-CT) and Al Franken (D-MN) introduced the Hot Cars Act of 2017. It requires the U.S. Department of Transportation to issue a final rule within two years requiring new vehicles to be equipped with a visual and auditory alert system to remind parents to check the rear seat. The Senate bill also requires a study on retrofitting cars with reminder systems.

(For more on the Hot Car bill, Click Here.)

“It can take mere minutes on a hot day for a car to turn into a deathtrap for a small child,” said Blumenthal, who is well known for pushing the automotive industry to produce safer vehicles. 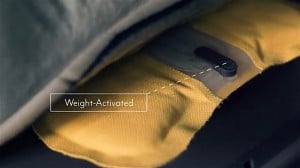 Similar legislation was introduced in the U.S. House of Representatives on June 7, by Representatives Tim Ryan (D-OH), Peter King (R-NY) and Jan Schakowsky (D-IL). The house mandate is part of a bill on autonomous vehicles.

Automakers are expected to produce a solution, but concerned parents don’t need to wait as there are several devices on the market right now – for prices as low as $19.95 – that could help mitigate this problem.

Perhaps the most practical technology comes from Angel, which actually focuses on child safety seats rather than the vehicle. It’s a major advantage because the technology travels with the seat, not the car. Parents who move a seat from vehicle to vehicle need not worry about losing access to the technology.

Angel is a patent‐pending, thin cushion sensor that fits snugly under the fabric of more than 200 tested car seat models. It works silently in the background and alerts caregivers on a phone app if a child is left in a car seat after the driver leaves. Angel is easy to set up and requires no maintenance.

“The idea is to be an integrated alert system that carmakers can begin to implement on their own,” said Isaac Rubinstein, chief technology officer for Sharkk, a New Jersey‐based company producing Angel. 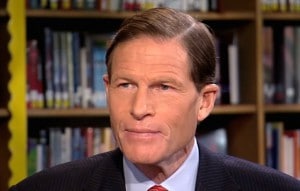 The pad uses a battery with a two-year lifespan and is easily replaceable, the company says. It can be purchased for $49.99.

There are several other systems available that can be found using a simply Google search. TheDetroitBureau.com found Driver’s Little Helper Car Seat Monitor ($79.99), which is tied to a smart phone as well. Attach it to your baby’s car seat and sync with your smartphone to get alerts when children escape their seat, or get too hot or too cold.

Brilliant Back Seat reminder ($99.99) is a moderate audio alarm is activated when you leave your car without your cargo. If this alarm is not turned off in 40 seconds, the system will activate the vehicle’s horn which will get your attention.

There are also simpler systems for parents with budgetary constraints, including BeAlert, a simple warning system that can be installed in less than 30 seconds. Affixed to the door frame of any vehicle, it issues and audible alert when the driver exits the vehicle. The alarm says, “Child Alert! Child Alert! Check rear seat. Check behind the vehicle. Child Alert!” It also issues an alert for pets and issues both warnings in Spanish too. It costs $19.95.

To be fair, some automakers already have systems available. General Motors introduced its Rear Seat Alert in several GMC models last year with the intention of making it available across all of its brands later this year. 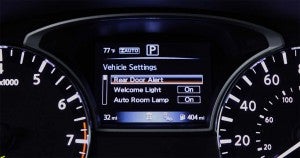 The Nissan Rear Door Alert can be set - or disabled - through a screen on the IP.

“If you open a rear door, whether to put a child or a package in the rear seat, the vehicle will help alert you when you reach your destination that you may want to check the rear seat,” explained Marlene Mendoza, a Nissan engineer and mother of three who helped develop the Rear Door Alert.

(Save your child. Look back to see if a youngster has been left behind. For more tips, Click Here.)

Other makers are working to develop similar systems, and safety advocates are looking for an answer to come from technology.

“My car reminds me when I get out of the car and the keys are in there — how can we not remind the driver to check the backseat?” Rep. Schakowsky told the Chicago Tribune.

A technological solution is essential to save children who are left unknowingly by caring and devoted parents or caregivers. More than 55% of the fatalities happen in this scenario, according to KidsCare.org, a child safety advocacy group.

“It is important to stress that these parents do not have a reckless disregard for the care of their children,” said David Diamond, a professor in the Departments of Psychology, Molecular Pharmacology and Physiology at the University of South Florida and an expert on neuroscience.

“Rather, common factors like a change in routine, lack of sleep, or even simple distractions can all have an effect on even the most responsible parents. From a brain science perspective, parents can, through no fault of their own, lose awareness of the presence of a child in the car.

“That is why it is imperative that there be a system to provide an alert to remind parents of the presence of a child in the back seat. This is a modern phenomenon which requires a modern solution.”

More than 800 children have died of vehicular heatstroke deaths since 1990 with Texas and Florida seing the most fatalities between 1990 and 2016, with 113 and 82, respectively. Of the deaths, 87% were children under the age of 3 years old.

Aside from children left in vehicles accidently, 28% climbed in on their own and another 13% were knowingly left, according to KidsAndCars.org. It doesn’t take long for a vehicle interior to heat up when the sun is out, and the actual exterior temperature doesn’t need to be very high. Even if the windows are cracked open, the temperature can reach 125 degrees in minutes, according to KidsAndCars.org.

A child’s body overheats three to five times faster than an adult body. If a child’s body temperature reaches 107 degrees, the child will die, according to the National Highway Traffic Safety Administration. Children can die even when the outside temperature is 60 degrees.