We take another look at Acura’s breakthrough hybrid sports car.

The original Acura NSX, launched back in 1990, was a breakout, Japan’s first real supercar. No wonder it took Honda’s luxury arm so long to find a suitable replacement. It looked at a variety of powertrain options before finally honing in on a distinctive, three-motor hybrid, even then spending several years tinkering with the formula that finally went into production in 2017.

A lot has changed since then, with a flood of new high-performance products coming to market, many of them relying on some form of electrification to achieve levels of power rarely seen before. So, this seemed like a good time to go back and revisit the NSX, spending time with the 2020 Acura NSX.

Overview:  The 2020 Acura NSX is an immediate head turner, constantly drawing thumbs up from passersby. But there’s a lot more to this Japanese car than its distinctive, dart-like shape. Tell someone it’s a hybrid and you’ll likely get a puzzled response. No surprise considering most gas-electric models emphasize mileage at the expense of performance.

Not so with the NSX which uses a distinctive three-motor system to not only give a significant power boost to its twin-turbo V-6 – yielding 0-60 times of less than 3 seconds – but also to help it better handle aggressive cornering maneuvers.

The question is whether the cost of this complicated package is worth it, especially considering the growing number of high-performance options there are out there.

Exterior: Coming at you in the rearview mirror, you’ll first notice the impossibly low nose – there’s no engine under the hood, as it sits amidship, giving the NSX both physical and visual balance. Then you’ll likely spot the distinctive “Jewel Eye” LED headlamps, each comprised of six separate bulb elements.

… While the styling might seem exotic, virtually every detail is there for a reason. Think of it as form and function …

Big scoops behind the doors serve multiple purposes, feeding air to the V-6 while also helping cool that engine, the rear motor, onboard electronics and brakes. A surprisingly subtle rear spoiler helps glue the car to the pavement when you start pushing extra-legal speeds.

Interior: The cockpit can feel a little cramped until you settle into the plush but encompassing sports seats of our test vehicle. When you’re driving a car like the NSX, you obviously want all the primary gauges staring you in the face, with all necessary controls immediately within reach. And Acura designers pulled that off well.

The NSX steering wheel is a bit unusual, flattened on both the top and bottom, making it easy to keep in mind where your pointing the beast when you’re making fast track maneuvers. If we have any complaint, it’s the use of the quirky Acura push-button gearshift system which might be fine on an RLX or MDX, but seems a bit out of place here. The good news is that if you plan to manually row the 10-speed DCT transmission, you’ll be working it through the steering wheel-mounted paddle shifters.

Leather semi-aniline power seats were made standard this year. With plenty of leather and suede offset by metallic accents, the NSX has a refined and upscale appearance to distinguish it from more basic boy racers. We’d like a bigger infotainment display, however, than the current 7-inch screen.

It would be nice to have a large display to see all manner of specialized performance information. It also would be great to have more hard buttons rather than forcing a driver to rely so much on the touchscreen.

Powertrain: Here’s what it’s all about – and why Acura took so long to bring the NSX back after scrapping the original supercar in 2006.

The drivetrain pairs three electric motors with a twin-turbo 3.5-liter V-6, the mid-mounted gas engine and a single motor juicing the rear axle. Up front, there’s another motor for each wheel.

All told, the powertrain produces an impressive 573 horsepower and 476 pound-feet of torque. And as electric motors produce maximum wheel-spinning torque the moment they turn on, power is essentially instantaneous; none of that dreaded torque lag you suffer with so many other turbo engines.

In fact, the turbos don’t even matter at launch. One of the most surprising facts about the NSX is that those three electric motors do all the work for the first 0.15 seconds, delivering their instant torque before the V-6 punches into the equation. The process has the added advantage of reducing driveline shock.

Safety and Technology: Acura hasn’t made many major changes to the NSX since the current version launched for 2017, but the Technology Package previously offered as an option is now standard and gives you a better ELS audio system, onboard navigation and proximity sensors that make it easier to park considering it’s difficult to visually judge precisely where that low-slung nose is.

Surprisingly, the NSX is the only Acura model now offered without an extensive package of standard advanced driver assistance systems.

Drive Impressions: The unusual drivetrain layout has a number 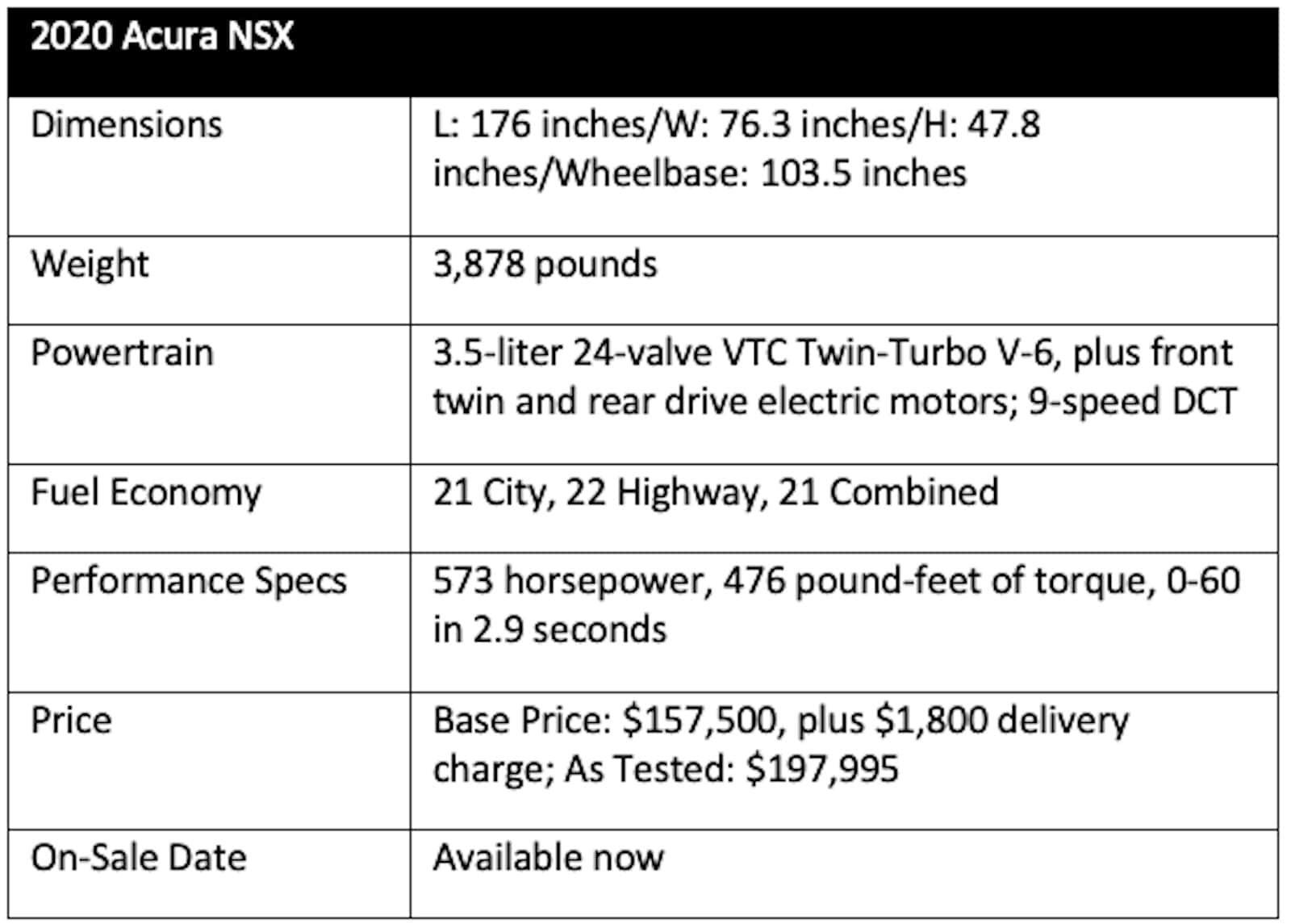 of benefits, its instant, neck-snapping launch acceleration being just the start. The 2020 Acura NSX also adds a performance version of the marque’s traditional SH-AWD, or Super-Handling All-Wheel-Drive system.

The front motors not only provide the extra grip of all-wheel-drive, but also allow the NSX to “torque vector.” Going into a corner the outer wheels spin ever so slightly faster, helping push you into the turn. Handling is crisp and precise, especially if you switch to Sport Mode, which also speeds up shifts and tightens up the electronically controlled suspension.

One way to fully experience the NSX hybrid system is to switch to Launch Control. Start by putting the mode dial in Track. Crush the brake and floor the throttle. Lift your left foot and expect to feel a slight bit dizzy as the blood rushes to the back of your head.

One of the most important updates to the current-generation NSX is relatively low-tech, a switch in 2019 to grippier Continental SportContact 5P SportContact 6 tires.

The NSX also offers Track and Track+ modes which pare back on the nanny systems, such as electronic stabilit

y control, while also tightening up your steering and suspension. Turn the dial the other way and you’ll get Comfort and Quiet modes, the latter working under battery power as often as possible. But remember that this is a conventional hybrid, not a plug-in, so it doesn’t offer much all-electric range.

What’s surprising about the NSX is that in virtually any of the mode settings it is both quiet and comfortable and, despite the sweep of the coupe roof, you retain unexpectedly good visibility.

Wrap Up: The 2020 Acura NSX isn’t cheap, its base price at $159,495 and our tester pushing us right up towards the $200,000 mark. Whether it’s justified is something that will lead you into some interesting debates when supercar and performance fans sit down together (or schedule a Zoom meeting during this pandemic era). There’s no question it’s powerful – delivering better numbers than the Porsche 911 Turbo. It’s visually striking. And it is unique — no modifiers to that term – with its three-motor hybrid system. Add the fact that it can truly be your daily driver if you only need two seats.

If we measure things based on how difficult it is to hand back the keys after finishing a week’s test drive, the Acura NSX clearly ranks among the models we were most reluctant to part with in recent memory — and the one we’re already looking for an excuse to get back into. 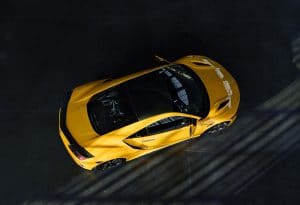 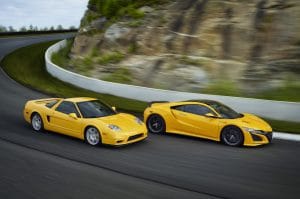 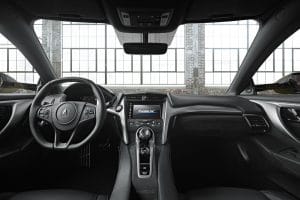