Problems reported on average of every 8 miles, according to new study, including collisions with simulated obstacles. 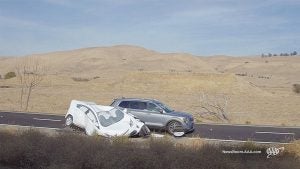 AAA’s latest tests of semi-autonomous vehicle technology suggests the tech may not be quite ready after several “collisions” during its testing.

Ford plans to introduce its new Active Drive Assist system on several 2021 models, including the all-electric Mach-E, while Cadillac is expanding the use of its own Super Cruise in the coming year, both systems allowing drivers to travel for extended periods with hands off the wheel.

Similar, semi-autonomous technologies are popping up across the automotive market, though capabilities vary from manufacturer to manufacturer. They’re designed to both ease the burden of driving while also improving safety. But a new study by AAA finds that they don’t always work as well as planned.

Echoing an earlier study conducted in 2018, the latest report indicates that these semi-autonomous systems encounter one “issue” or another on an average of every eight miles. One of the biggest problems was keeping a vehicle in its lane but, in a significant number of cases, the partially automated vehicles wound up hitting a simulated broken-down vehicle. 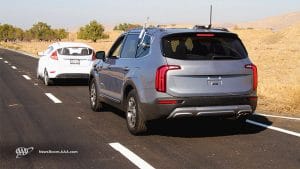 The vehicles tested during AAA most recent study did perform well in stop-and-go conditions.

More than half a dozen automakers now offer technologies that can help maintain a vehicle in its lane or even allow a driver to temporarily remove their hands from the wheel – though all still require a motorist to remain vigilant and ready to regain control of the vehicle quickly in an emergency.

For the 2020 study, AAA put products from five different companies to the test, clocking about 4,000 miles of driving. These included:

As part of its latest study, AAA did not test Tesla’s semi-autonomous technology, though its Autopilot system suffered similar problems when put to a test in 2018. Federal safety experts have blamed Autopilot for its role in several fatal crashes, as well.

The five vehicles tested this time experienced similar results, and how well they operated depended 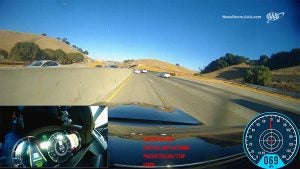 on some common factors. The partially automated technologies proved generally reliable, especially in terms of holding their lane, on fresh pavement – laid within the previous six months – with well-defined lane markings.

In simulated stop-and-go scenarios, all the vehicles were able to stop successfully when the vehicle ahead did, avoiding any contact.

But from there, things went downhill, especially on roads with older pavement or worn lane markings. Overall, the vehicles experienced some error during an average eight miles of driving. The most common problem – accounting for 73% of the errors – “involved instance of lane departure or erratic lane position,” AAA said in an analysis of its results.

More troubling, the study found that the test vehicles had problems when they approached a simulated disabled vehicle, a collision occurring fully 66% of the time at an average speed of 25 mph.

Several manufacturers responded to the AAA study, Subaru emphasizing its EyeSight system is meant to “assist … not replace” the driver. Meanwhile, a statement from GM noted that, “Super Cruise undergoes rigorous testing and validation, and we continue to remain confident in the system.” 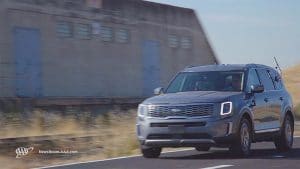 AAA also found that the automakers involved in its testing were quick to defend the performance of their systems.

For his part, AAA’s Bannon cautioned that with the problems the safety group experienced, the systems tested are of questionable value. A recent AAA survey found that only 12% of U.S. motorists would trust driving in a fully autonomous vehicle. And Bannon warned the results of the latest study aren’t exactly confidence inspiring.

“With the number of issues we experienced in testing, it is unclear how these systems enhance the driving experience in their current form,” he said. “In the long run, a bad experience with current technology may set back public acceptance of more fully automated vehicles in the future.”