Volkswagen is the latest automaker reporting negative second quarter results, largely stemming from the impact of the COVID-19 pandemic around the world.

The company posted an adjusted operating loss of 1.7 billion euros, or $2 billion, for the period, which is down from a 5.1 billion-euro profit from a year ago. Meanwhile, group sales revenue decreased 23.2% to 96.1 billion euros, or $113.2 billion.

Officials were also forced to offer up a show of support for VW AG CEO Herbert Diess after a dustup with labor leaders about his desire to cut costs, including labor, that they felt were unreasonable.

“The most important message is that the supervisory board and executive committee … are in complete agreement that our CEO Herbert Diess is leading the implementation of our strategy,” Chief Financial Officer Frank Witter said in remarks which were read out on a call with journalists on Thursday, Reuters reported.

The public vote of confidence follows the company move to push him out of the day-to-day management of its Volkswagen brand, the move made to mollify angry labor leaders just before a new slate of tough changes were released.

The company’s sad financial results weren’t surprising given that vehicle deliveries were down 27.4% compared with Q2 2019 dropping from 5.4 million units to 3.9 million. The percentage decline on prior-year month has been decreasing consistently since May, officials noted.

However, the company expects to see a significant decline in full-year sales, there has been some recovery globally – particularly China – as restrictions have begun to ease. Volkswagen is the largest foreign automaker in China, which has led the automotive recovery as it was first to experience the pandemic.

“The first half of 2020 was one of the most challenging in the history of our company due to the COVID-19 pandemic. The health of our employees, customers and business partners is still the top priority,” said Frank Witter, member of the Group Board of Management responsible for Finance and IT.

“Thanks to the great team effort, we have gradually been able to ramp up operations within the Group and up until now, have steadily managed to navigate through this unprecedented crisis. Due to the positive trend exhibited in our business over the past few weeks and the introduction of numerous attractive models, we look cautiously optimistic to the second half of the year.”

The Volkswagen brand saw its sales drop during the first six months by 39.8%, although sales of the T-Cross increased, thus bucking the trend, and the Atlas Cross Sport was also very popular. Audi sales fell to 416,000 vehicles worldwide from 632,000 units during same period. The Q3, A6 and e-tron models were the bright spots, recording “increasing demand,’ the company said.

Porsche’s global sales dropped 14.8% between January and June while the company’s ultra-premium brand, Bentley sales were largely flat for the period: 4,569 vehicles this year compared with 4,670 in 2019. Sales revenue improved to 860 million euros from 835 million on the back of mix effects, although operating result fell due to higher depreciation and amortization charges and one-off expenses for restructuring measures. 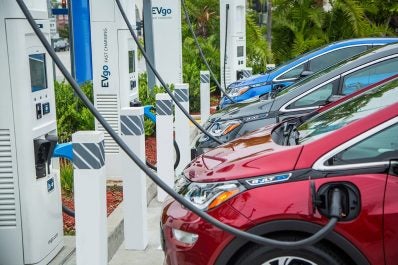