Tesla beat its production results from the second quarter of 2019 and exceeded analysts’ forecasts.

Tesla CEO Elon Musk is becoming well known for his end-of-quarter emails trying to rally employees to meet production goals, while the final numbers may vary, the company produced more than 80,000 vehicles and delivered over 90K during the second quarter.

He also sent out a celebratory email Wednesday morning with the subject line “Congratulations Tesla Team!.” The e-mail said, reported CNBC.com, in its entirety: “Just amazing how well you executed, especially in such difficult times. I am so proud to work with you!”

The numbers beat year-ago results and surpassed Wall Street analysts’ estimates for what the company would churn out during the quarter, ranging from low 50,000 to low 70,000 vehicles. The final tallies are subject to some technicalities, but the company said it built 82,272 vehicles, including 75,946 Model 3 and Model Y vehicles. 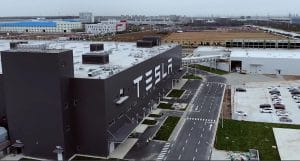 Tesla’s Shanghai plant was on the production rebound during the second quarter, but it’s unknown how many vehicles it produced compared to the California site.

The EV maker delivered 80,050 Model 3 and Model Y. Model S and X production was 6,326 units and deliveries hit 10,600 vehicles. The company did not break down the production numbers between its Shanghai plant and the factory in Fremont, California.

“While our main factory in Fremont was shut down for much of the quarter, we have successfully ramped production back to prior levels,” the company said in a statement.

Tesla’s California plant resumed operations in California on May 11, after a bit of a contentious start that saw Musk initially trying to reopen the plant earlier and without approval of local government officials. He told them if they wanted to talk to him about it, he’d be on the plant floor with his employees building vehicles and that they should arrest only him.

Cooler heads prevailed and Musk implemented the changes health department officials wanted and the plant restarted. Tesla employees who were concerned about the safety of the plant were allowed to stay home until May 31.

This was already after it closed up 3.7% to $1,119.63, raising its market capitalization past Japanese automaker Toyota to become the world’s most valuable automaker.