NHTSA is investigating a problem with 63,000 Model S sedans.

The National Highway Traffic Safety Administration said Tuesday it opened an investigation after it received 11 complaints about media-control unit failures that led to the loss of the use of touchscreens. The query is for 2012-2015 model-year vehicles, according to the safety agency.

The complaints allege premature failure of the media-control unit due to memory wear-out. Fortunately the problem doesn’t impact any of the vehicle-control systems, so in the event of a failure, the vehicle can be driven to a safe location. 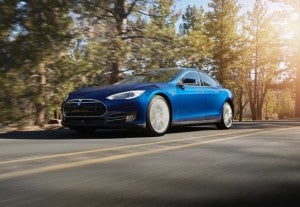 The problem NHTSA is investigating the alleged premature failure of the media-control unit due to memory wear-out.

Failure of the unit results in the loss of audible and visual touchscreen features, according to Reuters, including infotainment, navigation and web browsing. Additionally, the rear camera doesn’t work when the vehicle is in reverse when the problem occurs, NHTSA said.

The problem could become more widespread as the EV maker used the same unit in more than 159,000 2012-2018 Model S as well as 2016-2018 Model X vehicles built into early 2018. Tesla did not immediately respond to a request for comment, Reuters noted.

The flash devices have a limited lifespan, which is dependent upon how many times it is programmed or erased, agency officials said. 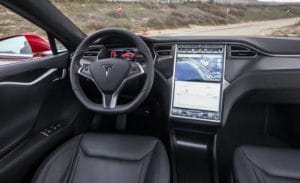 The problem being investigated can cause the Model S touchscreen to go blank.

In addition to the failure of the touchscreens and related systems, some complaints noted they lost the ability to charge the vehicle. Further, they noted that other safety alerts might be impacted. Some of the problems were very straightforward, such as one instance where an owner could not clear up foggy windows because the climate controls, which are accessed through the touch screen, were not available.