Safety-and-security features are top of mind for most new car buyers. 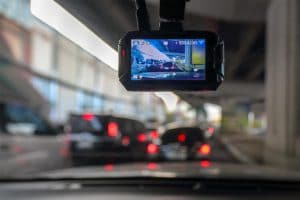 Dash cams are a popular aftermarket item but some manufacturers are starting to offer them as built-in options.

We all have a list of features we’d like when it comes time to buy a new car. Perhaps yours includes a heated steering wheel or onboard Wifi, maybe a hands-free driving system.

Well, it seems that the most popular feature, according to a new study by research firm AutoPacific Inc., is a built-in dash cam. Fully 70% of the car buyers who participated in the annual Future Attribute Demand Study listed that as a must-have.

That probably shouldn’t come as a surprise, said the firm’s research analyst Deborah Grieb, noting “Consumers have experienced an influx of personal video in social and news media in recent years and are very familiar with the potential security benefits of camera footage from dash cameras, body cameras, cell phones and doorbell cameras. It’s really not surprising to see such high interest in an in-vehicle recording device.”

What was significant about the study was the finding that interest in dash cams was broad, covering essentially all buyer groups, no matter their age, the type of vehicle they were interested in, nor how much they planned to spend. 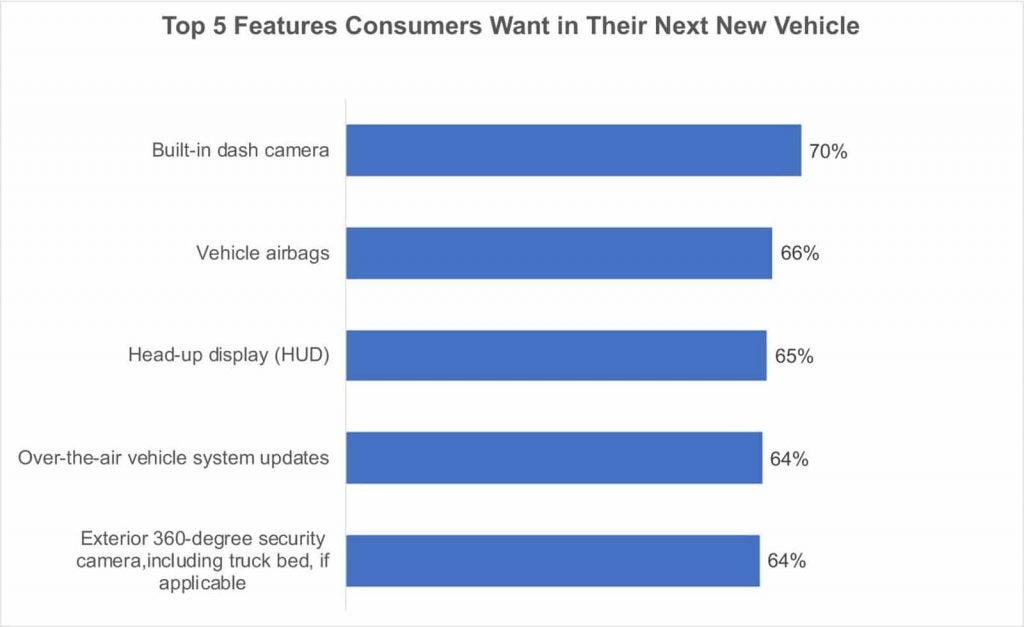 The new study looked at 16 different features in categories including safety and security, self-driving, comfort and convenience, and connectivity. It showed that safety and security-related features were overwhelming favorites among the 1,000 car buyers that responded.

Vehicle airbags came in at a close second, with 66% putting that at or near the top of their list. But another camera system wasn’t far behind, 64% of the respondents listing perimeter camera systems, including ones that could monitor what’s in a pickup’s bed, where applicable.

The study appears to reflect the uncertain times we live in, but also reflects the fact that camera-based technologies, as Grieb noted, are becoming a familiar part of our daily lives.

The study also found strong interest in over-the-air updates, listed by 64% of those surveyed. That’s something offered on virtually every new smartphone, though only now starting to become available in the automotive community.

Companies like Tesla use the feature to download software revisions that can improve a vehicle’s function, add features and remotely resolve problems that previously might have required a visit to a dealer service shop. OTA, as it’s also known, is expected to become widely available by mid-decade.