Gliding through downtown Detroit, the Jaguar I-Pace is so quiet that it can take pedestrians by surprise, especially those with a visual impairment. And with pedestrian deaths already on the rise in recent years, that’s the sort of situation that worries officials with the National Highway Traffic Safety Administration as they prepare for a wave of new battery-electric vehicles to roll into U.S. showrooms.

Back in 2016, the agency set guidelines calling for vehicles operating at low speeds in zero-emissions mode to produce artificial sounds that could alert pedestrians, but an ongoing debate has delayed the implementation of those rules, which were supposed to go into effect at the start of the 2020 model-year.

Now, as NHTSA pushes the date back by a year, the agency is raising the prospect of letting motorists “select the sound they prefer from the set of sounds installed in the vehicle.” It is encouraging potential buyers to weigh in on just how many different sounds might be available – as well as how loud they should be.

Initially, the “quiet car” rules called for all manufacturers to produce the same sound, but precisely what that would be has kicked off an industry-wide debate. In response, NHTSA is asking consumers to weigh in on the possibility that several different sounds might be used and, in some cases, drivers could choose which one they prefer, much as they change other vehicle settings.

While the burbling noise that the flying car in the old cartoon series, “The Jetsons,” doesn’t appear to be one of the options under study, automakers have been looking at a variety of alternatives:

·        Toyota already uses a beeping noise when you shift into reverse in one of its Prius models, including both the standard hybrid and the plug-in Prius Prime;

·        Mercedes’ AMG performance brand turned to the rock band Linkin Park to come up with some decidedly different sounds for the electric vehicle line-up it is preparing to roll out;

·        Nissan’s proposed Canto system sounds a bit like a choir when the car is running at speeds of 19 mph or less; and

·        Mitsubishi makes the existing sound of the electric motors on its Outlander PHEV lounder.

Electrified vehicles – including hybrids, plug-ins and pure battery-electric models — currently account for about 5% of U.S. new vehicle sales, but that is expected to surge over the coming decade, especially in  terms of models operating full-time in electric mode.

At highway speeds, EVs produce enough wind, tire and motor noises to be heard as they approach, but at low speeds they are quiet enough that a pedestrian or bicyclist might not hear it approach.

NHTSA originally planned to implement the quiet car rule as of September 1, 2019, but it set off a debate by initially decreeing that a single sound be used across the industry. It is hoping that the new, broader guidelines will overcome that pushback and move things forward.

The good news is that manufacturers could program their vehicles to produce pretty much any sound someone could imagine. A few years back, Daimler’s Smart brand showed off an EV prototype that could be programmed to sound like either a V-8 race car or the Jetsons-mobile.

While the rule has yet to go into effect, a few vehicles, like the Prius, already make some noise – in this case, when the vehicle is backing up. And Porsche is offering buyers of its new Taycan the sports car the ability to increase the sound of its motors – albeit as a $500 option.

Ford, meanwhile, is asking the feds for the ability to let the low-speed sound system be shut off – but only on the special models it sells to police – so they can operate in near silence when on patrol.

(Nissan a target in fed auto-brake probe. But why are so many emergency brake systems failing? Click Here for more.) 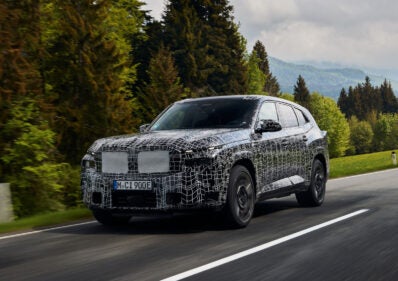 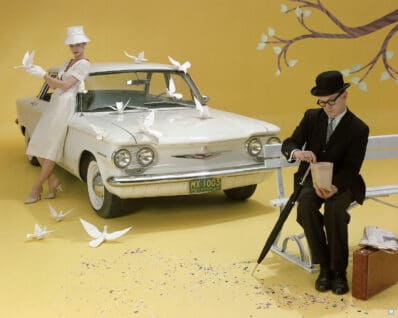