Automakers are planning to invest hundreds of billions of dollars in autonomous and electric vehicles in the coming years, but they’re likely to face a lengthy wait before those technologies catch on with consumers, according to a new study by J.D. Power and Associates.

Potential U.S. buyers have relatively little confidence in self-driving vehicles, and not much more when it comes to products running exclusively on batteries, according to the Mobility Confidence Index Study, which polled 5,000 auto and tech experts, as well as 5,000 consumers.

The findings suggest that it will be a decade before autonomous vehicles are ready for the consumer market, and “well over a decade” before electric vehicles match the sales volumes of conventional vehicles using internal combustion engines.

“As automakers head down the developmental road to self-driving vehicles and greater electrification, it’s important to know if consumers are on the same road—and headed in the same direction,” said said Kristin Kolodge, Power’s Executive Director, Driver Interaction & Human Machine Interface Research. “That doesn’t seem to be the case right now. Manufacturers need to learn where consumers are in terms of comprehending and accepting new mobility technologies—and what needs to be done.” 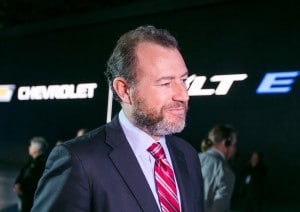 Dan Ammann, CEO of Cruise Automation, says it’s critical to get the technology right rather than rush  to market.

The findings could be seen as worrisome news for the auto industry, especially in light of another study released a month ago by consultancy AlixPartners. It forecast that automakers globally will see annual investments in self-driving vehicles grow to $85 billion by 2025, while the industry is expected to invest a collective $225 billion in battery-car technology between 2019 and 2023. If the new Power survey proves accurate, there is little chance the industry will come close to recouping those investments anytime soon.

The study, conducted with SurveyMonkey, found that consumers had a confidence level of only 36 in autonomous vehicles. Electric vehicles scored just slightly higher, a 55 on a scale of 1 to 100.

Part of the challenge is that autonomous and electric vehicles are still in the early developmental stage. There are still less than a dozen long-range battery-electric vehicles available in the U.S., including models such as the Tesla Model 3, Chevrolet Bolt EV, Jaguar I-Pace and the new Audi e-tron. That is expected to grow rapidly over the next three years, however, with manufacturers such as Ford, Mercedes-Benz, Volkswagen and Volvo set to roll out their own BEVs. All told, the technology currently holds just a 1% share of the U.S. market.

“Experts,” noted a summary of the Power study, “predict it will be at least five years until battery-electric vehicles’ market share reaches 10%.” And, it said, “Both consumers and industry experts recognize it will be well over a decade before electric vehicles equal gas-powered vehicles in sales volume.” 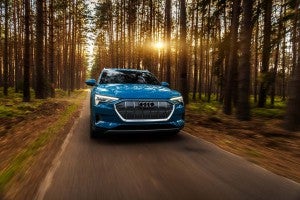 Even with the arrival of new, long-range electric vehicles like the Audi e-tron, experts foresee a slow growth in sales.

As for autonomous vehicles, there are already hundreds, perhaps thousands, of self-driving prototypes rolling across public roads in the U.S. But when the technology will be commercialized remains uncertain. Tesla CEO Elon Musk has promised a fully hands-free version of the marque’s Autopilot system this year, though there are plenty of skeptics about what Tesla will actually deliver, and when.

Most of the companies working on self-driving technology, including established manufacturers like Ford and General Motors, as well as new entrants such as Waymo, initially plan to target commercial users because of cost issues. They would include ride-sharing services like Uber, Lyft and Waymo One, as well as delivery services.

The experts surveyed by Power don’t foresee autonomous vehicles being offered to consumers for at least a dozen more years.

Despite the recent launch of Waymo One and Tesla’s plan to have as many as 1 million of its vehicles capable of serving in robo-cab fleets by late 2020, the tech and auto experts also were skeptical, not envisioning widespread availability of such services until 2025. And they don’t autonomous vehicles, in any form, making up more than 10% of the U.S. motor vehicle market until 2034. 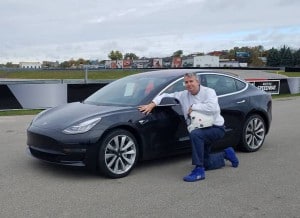 The good news for the industry is that those who’ve already owned BEVs are likely to buy one again.

With the notable exception of Tesla’s Musk, autonomous industry executives have been sounding a more conservative note over the last year than the bullish expectations they had previously laid out. That includes both Waymo CEO John Krafcik and Dan Ammann, the former GM president who now runs the automaker’s autonomous vehicle subsidiary, Cruise Automation.

Just a week ago, Cruise delayed the launch of its Waymo One competitor, the ride-sharing service originally planned for a 2019 launch, indicating the technology wasn’t ready.

“What’s most important when we do launch this service is that we do it the right way,” Cruise CEO Dan Ammann told CNBC.

(Click Here to learn more about why Cruise is delaying its San Francisco ride-share roll-out.)

While the findings of the Power Mobility Confidence Index Study might seem troubling for the auto industry, there were some positive signs. Notably, the research revealed that once motorists actually experienced these new technologies they were more upbeat and interested.