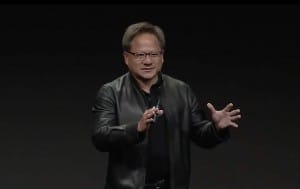 High-flying Nvidia has emerged during the past decades as one of the auto industry’s key suppliers of advanced technology and is now working on developing the technology needed for the development of self-driving vehicles.

Jensen Huang, chief executive officer of Nvidia, one of the Silicon Valley firms eager to promote self-driving vehicles, said his company has developed a new processor that uses artificial intelligence to carry out its assigned tasks.

Huang also said changes in the landscape of data-driven business is taking place across all industries. 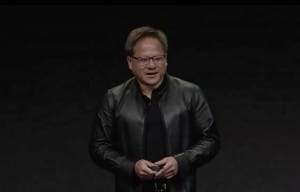 Huang explains how Nvidia's new processor will facilitate autonomous vehicles in the future.

“It’s changing how farmers herd their animals and forcing us to rethink transportation with self –driving public transportation are already up and running, giving us a glimpse into futuristic cities that will exist within our lifetimes,” he said.

Estimates are that revenue AI software will generate $36.8 billion by 2020, according to a study by Tractica Research.

(Click Here to see how automakers could be left out of the development of autonomous vehicles.)

More than 19,000 companies are currently using deep learning to advance their respective industries, solving what was once unsolvable.

Currently, any work that’s pushing the leading edge of technology – including automotive, analytics or healthcare – has big data at its core. However, that data is only as valuable as the insights we pull from it.

(To see what Google is up to in the automotive space, Click Here.)

Financial businesses like PayPal are using GPU-accelerated deep learning for fraud detection. Consulting firm Accenture’s R&D arm and other businesses are using deep learning to detect Internet security threats. Health care also is one of the most important industries for the application of AI and deep learning.