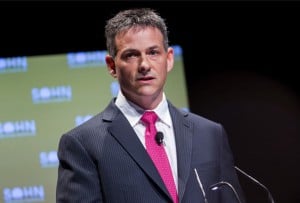 David Einhorn, head of Greenlight Capital, wants GM to split its stock into two classes. He believes the move would nearly double the company's stock price.

General Motors today rejected an investor-proposed plan that called for the automaker to split its common stock into two classes, suggesting the idea could harm the company.

Billionaire investor David Einhorn, who runs Greenlight Capital, suggested that the company common stock into two classes: one that would receive the current dividends and a second that would participate in all earnings and future growth of the company.

The rejection won’t stop Einhorn, who is one of the world’s best poker players, from submitting his proposal for a vote of the company’s shareholders at GM’s annual meeting later this year.

If adopted, Einhorn claims, the company’s share price would rise, cut its cost of capital thus improving its financial flexibility. He also suggested the plan would raise GM’s market cap from $13 billion to $38 billion.

(GM sells Opel to PSA Group for $2.5 billion. Click Here for the details.)

Einhorn, whose hedge fund has held GM stock for some time, says GM’s stock “trades at a significant discount to intrinsic value,” according to a recent presentation. He believes the “two-stock” plan would push GM’s stock price from the mid $30 range where it currently sits to nearly $60 a share. 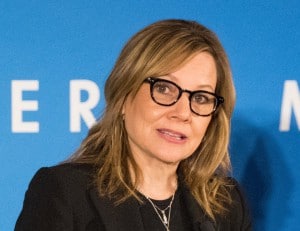 CEO Mary Barra said the proposal to split GM stock into two classes was too risky to adopt.

“Creating two classes of common stock will unlock GM’s value by forcing the market to appropriately value the dividend and give credit for GM’s earnings potential,” according to Einhorn.

GM officials said the plan was debated for more than six months, but executives ultimately rejected the plan because it was too risky. The issues included:

Moody’s suggests the plan would create “a perpetual, cumulative dividend in excess of $2.2 billion would saddle GM with a sizable and largely inflexible cash outflow burden.”

(Click Here to see about other potential GM divestitures.)

“If adopted, the proposal would represent a significant departure from the company’s current financial strategy,” the rating agency wrote in a statement. “This well-defined and publicly-communicated strategy was an important element in the recent upgrade of GM’s ratings.”

GM points out that eliminating the dividend on the existing GM common stock and distributing the proposed new “dividend security” creates an unacceptable level of risk and would not serve the best interests of GM shareholders.

“GM’s Board and management are fundamentally transforming our company by executing a plan that is delivering record financial and operating results and returning significant capital to our shareholders,” said Mary Barra, GM chairman and CEO.

“For seven months, we’ve extensively reviewed the proposed dual-class structure, as well as other capital allocation strategies, and concluded that continuing to execute our strategy and adhering to our current disciplined capital allocation framework is the best path to deliver increased value.”

Einhorn wasn’t content with simply submitting his plan, but he also plans to nominate four candidates for GM’s board of directors, who will likely push for his plan to be accepted. GM shot that down as well.

(To see why closing the sale of Opel could take years, Click Here.)