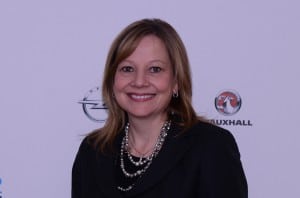 GM Chairman and CEO Mary Barra suggested that the company may not be done shedding unprofitable units.

General Motors’ top executive has left the door open to the possibility of selling off other pieces of its international operations.

Mary Barra, GM’s chairman and chief executive officer, did not offer any specifics or confirm any discussions were underway.

However, in separate conference calls with reporters and analysts that followed the official announcement of GM’s plans to sell Opel/Vauxhall to the PSA Group for $2.5 billion, she indicated she would not rule out such a development.

“We continue, with every region, every country and every product line, we insist when we allocate capital we have an opportunity to generate an adequate return,” Barra said in response to a question from a reporter.

She also acknowledged that at least two of GM’s international operations need to be restructured or reorganized to meet GM’s objectives, leaving open the possibility that GM could consider a deal such as the one in which GM is selling off its troubled European operations to the Paris-based PSA Group. 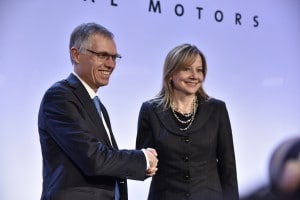 In a call with reporters and analysts after announcing the deal with the PSA Group, Barra said that two parts of GM aren't meeting the company's financial standards.

Barra also elected to shut down GM’s operations in Russia two years ago as the Russian market for western automobiles collapsed under the weight of sanctions imposed by the United States and the European Union during a crisis in the Ukraine.

GM absorbed a $600 million write off as it closed large factory near St. Petersburg. Even though the Russian market was sinking at the time, a number of other global automakers, such as Ford, Renault and Mercedes-Benz, elected to remain and continue to operate in Russia where sales have begun a modest recovery.

Currently, GM’s operations in South America appear to be the biggest money loser. GM’s South American operations have lost $1 billion during the past two years as the regional economies, particularly in Brazil, have been squeezed by an economic downturn that has cut into sales.

In addition, the competition for sales across South America has intensified as Asian carmakers have pushed deeper into the market.

(Click Here for details about GM’s plans to cut as many 1,100 workers in Michigan.)

GM managed to reduce its losses in South America in 2016 to $400 million from $600 million in 2015. But the outlook remains challenging at best particularly in Brazil, GM’s key South American market, which has been plagued by political instability and a post-Olympic economic let down.

Barra also said that GM will retain a presence in Europe through the Cadillac brand and will continue to sell certain Chevrolet models such as Camaro and Corvette in Europe.

Under the Opel/Vauxhall deal with PSA, which included the sale of GM’s European finance company, GM did retain the right to market mobility services in Europe, Barra said.

It is possible GM could introduce the Maven brand, the brand GM has created to market mobility services in the U.S., into Europe, Barra said. “We don’t have any specific announcement today,” she added.