VW’s Diesel Bill Rises to $25 Billion the US

If fixes aren't approved, payout could rise to $28 billion. 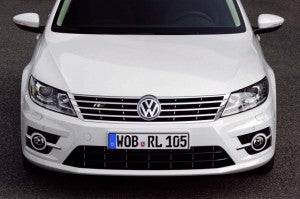 Volkswagen agreed to pay another $1.22 billion today, bringing its total to $25 billion to settle its diesel scandal in the U.S.

Volkswagen AG’s diesel bill is now up to $25 billion.

That’s at least what Volkswagen will pay to resolve its diesel cheating scandal after U.S. District Judge Charles Breyer gave preliminary approval to a plan allowing the German automaker to pay at least $1.22 billion to fix or buy back 80,000 3.0-liter diesels in the U.S.

Breyer also agreed to a preliminary hearing for Robert Bosch GmbH’s settlement case, which would pay U.S. owners $327.5 million for the polluting diesels.

The $1.22 billion tally could rise to more than $4 billion if regulators do not approve fixes for all 3.0-liter Porsche, Audi and VW diesel vehicles in the settlement. Breyer will hold a May 11 hearing for final approval.

On Feb. 24 in Detroit, Volkswagen will plead guilty to three felony counts as part of a plea agreement to resolve U.S. charges it installed secret software in vehicles to allow them to emit pollution up to 40 times the legal limit, Reuters reported.

The German automaker has already to pony up more than $10.03 billion to buy back up to 475,000 2.0-liter vehicles with the software. The larger, 3.0-liter vehicles have an undeclared auxiliary emissions system that allowed the vehicles to emit up to nine times allowable limits.

VW said Tuesday that it has received claims from 360,000 current and former 2.0-liter owners and has made settlement offers to more than 300,000 owners, the news service reported. These are just the latest problems that Volkswagen has worked its way through related to the diesel scandal.

The company still faces claims from investors, lawsuits from some U.S. states as well as owners who opted out of the class-actions settlement. Additionally, the U.S. Securities and Exchange Commission and German prosecutors are still investigating the automaker.

As part of an earlier $4.3 billion settlement with U.S. regulators, VW agreed to sweeping reforms, new audits and oversight by an independent monitor for three years to resolve diesel emissions-cheating investigations.

U.S. officials are now beginning to shift focus from the company to the individuals who likely played a role in the effort. Seven VW executives are being pursued, and the automaker warned them that they should not travel to or through the U.S.

After initially suggesting the cheating was the work of a few “rogue” engineers, it appears the program may have had approvals from executives higher up on Volkswagen’s organizational chart.

Volkswagen is forcefully denying claims by its former chairman that other top company managers covered up its diesel emissions scandal.

Questioned during an internal investigation of the affair – which centers around VW’s admission it rigged two high-volume diesel engines to illegally pass emissions tests – former Chairman Ferdinand Piech reportedly told authorities he had advised board members about the subterfuge long before it was publicly revealed. In particular, Piech’s testimony appears to focus on Martin Winterkorn, the CEO forced out of the company in September 2015.

VW said in a statement that it has “unequivocally and emphatically rejected all assertions made by Ferdinand Piech as untrue.” The automaker also said it would “carefully weigh the possibility of measures and claims against Mr. Piech.”

Piech, an heir to Volkswagen founder Ferdinand Porsche, was recently questioned by prosecutors in the town of Brunswick, where the investigation has been centered.

(To see more about the conflict between VW and its unions about the company’s turnaround plan, Click Here.)

Piech served as CEO of Volkswagen through much of the 1990s. Elevated to chairman, he named Martin Winterkorn to succeed him. But the close relationship began to fray in 2014, and Piech tried to force out his former protégé. But, in a series of maneuvers, Winterkorn wound up on top in the battle, forcing Piech – as well as his board member wife – to retire.