Safety Advocates Kick Off “My Car Does What?” Campaign 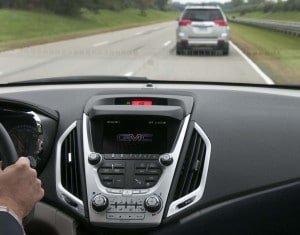 The Chicago-based National Safety Council is teaming with vehicle licensing bureaus across the United States to educate consumers about new safety technology such as systems that alert drivers when another car has crept into their blind spot or the application of anti-lock brakes.

Deborah Hersman, president and CEO of the National Safety Council, who is spearheading the council’s “My Car Does What?” campaign, told the Automotive Press Association, that the new technology has the potential to make driving safer, but many motorists are unsure or unfamiliar with it.

The effort is necessary because the new safety technology, everything from back-up cameras, which give drivers a view of the rear of the car on the center-stack console, to lane keeping assistance that alerts drivers if they drift out of their lane to forward collision warnings are being introduced on a growing array of vehicles.

“The technology is changing very fast,” she said.

But consumers are not always familiar with it from the owner’s manual or well-versed in how it operates or what it is designed to do. Education does work, she added, citing that drivers have become much more comfortable with adaptive cruise control.

“The technology has the potential to be a real game changer,” she said.

However, new infotainment systems and options have added to the old problem of driver distraction, she said. Even though seat belt usage has climbed to an all-time high, fatalities still climbed by 8% last year.

“Car crashes remain a public health crisis,” she said. “Every single car that is built is expected to have a crash.”

Daniel McGehee, public policy expert from the University of Iowa, which helped design the campaign, said that the increase in fatalities in 2015 all came down to the steady increase in miles driven by Americans. The three factors in road fatalities, alcohol, speed and distraction all played were factors, he said. But the real change was due to the increase in the number of miles being driven each year.

“More people are working and driving longer distances to work,” he said “In addition, families are going on vacation.”

The American Association of Motor Vehicle Administrators (AAMVA) is the National Safety Council’s partner in the campaign. The association represents state, provincial and territorial officials in the United States and Canada – including leaders of departments of motor vehicles – charged with developing model programs in motor vehicle administration, law enforcement and highway safety.

The Iowa Department of Transportation will be the first to launch the “My Car Does What?” campaign by providing tools to consumers online and in driver services offices throughout the state.

“Our vehicles have technologies that may be capable of saving our lives, but we need to help drivers understand how to use them,” said Hersman. “We are excited to partner with AAMVA because we will have an opportunity to reach drivers before they are even licensed – while they’re at their state’s DMV.”