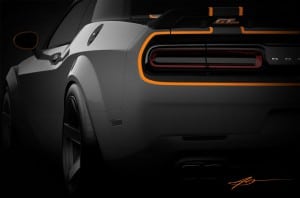 FCA offered a sneak peek at the Mopar-customized Dodge Challenger it's bringing to the SEMA show next month in Las Vegas.

Mopar, FCA U.S.’ purveyor of accessories and performance parts, is offering a peek at what it is preparing to roll out for Specialty Equipment Market Association Show in Las Vegas in early November.

A mix of production and concept Mopar products have been bolted on to transform Chrysler, Dodge, Jeep, Ram and Fiat vehicles, demonstrating how the Mopar brand can help owners personalize their vehicles.

It’s also a reflection of the newly rediscovered importance that aftermarket accessories can make a major impact on an automaker’s bottom line. FCA is just one of several makers that have been upping the ante with their presence at SEMA in recent years. 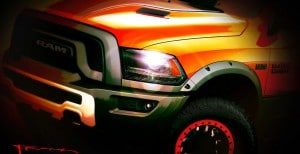 FCA is bringing nearly 20 vehicles to SEMA, including the Mopar-customized Ram 1500 Rebel.

In FCA’s case, it’s bringing nearly 20 vehicles, as well as hundreds of Mopar parts and accessories, to the 15,345-square-foot Mopar SEMA exhibit at the Las Vegas Convention Center.

Mopar, which is the source for genuine parts and accessories for FCA brands, is a contraction of the words MOtor and PARts was trademarked in 1937 with the launch of an antifreeze product, but it truly made its mark in the 1960s during the muscle-car era.

It has now become a major business unit inside Fiat Chrysler, which has helped it spread the brand around. Revenue from the sales of Mopar-branded equipment havsincreased by 20% so far this year, according to Ross McGinnis, vice president of Mopar. 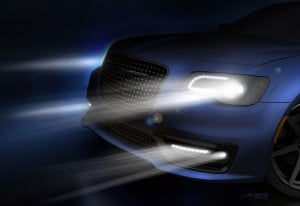 Hoping to generate excitement and sales, FCA is debuting the Mopar-customized Chrysler 300 at SEMA.

(Click Here for details about Ford’s presence at this year’s SEMA show.)

More than one third of the vehicles sold by FCA U.S. dealers are outfitted with Mopar equipment. The orders for equipment average more than $700 per vehicle for the Jeep Wrangler.

McGinnis said Mopar Performance Parts can enhance speed and handling for both road and racing use, the brand soon expanded to include technical service and customer support.

The parts and kits are engineered together with the same teams that create factory-authorized specifications for FCA vehicles. This offers a direct connection that no other aftermarket parts company can provide, he said.

Even the Fiat 500X gets the Mopar touch in time for the SEMA show next month in Las Vegas.