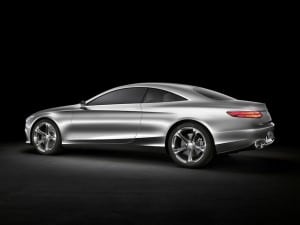 Mercedes-Benz Concept S-Class Coupe may provide some insight into the future design of the S-Class.

While they may not generate much in the way of sales volumes, coupes have a way of setting the design tone for a manufacturer, putting a halo around a brand like Mercedes-Benz as they’re freed from the need for functionality above all else, which can be the curse of a four-door.

Mercedes is providing us with a sneak peek at where its own design language might be heading as it reveals a new concept that is expected to serve as a prototype for the next-generation S-Class Coupe.

The Concept S-Class Coupe, which is making its debut at the 2014 North American International Auto Show, also introduces some intriguing new technologies, picking up on those already offered on the new 2014 Mercedes S-Class, the sedan that is arguably one of the most technologically sophisticated vehicles ever brought to market. 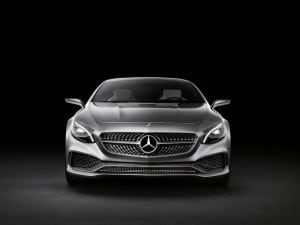 The Concept S-Class Coupe is powered by a 4.6-liter V8 putting out 449 horsepower.

“The Concept S-Class Coupe combines tradition and emotion, and is a symbol for the embodiment of our design style of sensual clarity,” said Gorden Wagener, Daimler AG vice president design. “The perfected design with self-assured style and the highly exclusive appointments make the coupé a true design icon and an expression of modern luxury.”

Each model series has an assigned role and a very specific character, depending on the attributes on which the design focuses. And yet a Mercedes-Benz is always recognizable as a Mercedes-Benz. The designers draw from a gene pool of styling features typical of the brand, incorporating new stylistic developments in the interests of keeping tradition alive, such as a flowing profile characterized by rear-wheel drive proportions.

The long hood with distinctive lines and power domes, the crouched greenhouse with high beltline, the accentuated wheel arches as well as the 21-inch wheels and the visually broad rear as well as a side profile defined by the dome-shaped stretched roofline and frameless doors are the typical Mercedes coupé look.

In designing the pillared exterior mirrors the designers took liberties offered by a concept car and made them especially slim, injecting an air of elegance, which is picked up by the interior. With a white interior filled with flowing lines, the coupe is definitely a study in sophistication.

(The top 10 debuts to watch at the Detroit Auto Show. For more, Click Here.)

A touch screen showing four world clocks is located on the center console, and the driver can choose which clocks to display. The world clock concept was designed and implemented by designers and engineers at the Mercedes-Benz Advanced Design Center in Palo Alto, California.

The Concept S-Class Coupe is powered by a 4.6-liter V8 bi-turbo engine producing 449 horsepower and 516 lb-ft of torque.

(Click Here to see how Mercedes topped all luxury makers in 2013 sales.)

As is always the case with a Mercedes, it is equipped with the latest technology. In this case, it boasts “Intelligent Drive.” Thanks to two “camera eyes,” the stereo camera can create a three-dimensional view of the area up to about 160 feet in front of the vehicle, and as “6DVision” can detect the position and movement of objects.