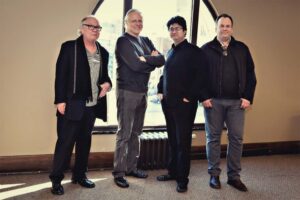 After a six-month review Chevrolet has finally selected a new agency for its global creative work – called Commonwealth — from a new company formed of formerly very competitive ad agency holding companies – Omnicon Group and Interpublic Group – and that’s a first.

The new creative company will be led by executives from San Francisco-based Goodby, Silverstein & Partners, an Omnicom Group company which handled Chevy in the U.S. and New York-based McCann Erickson Worldwide, an Interpublic Group company which was the agency of record for Chevy elsewhere in the world. The new company will be located in Detroit replacing the 70, yes 70, agencies currently working on the brand globally.

This may be a new creative group for the storied brand but it wasn’t the creative product that caused the switch-merger-consolidation, it was the cost savings. Joel Ewanick, GM Vice President and Global CMO noted, “The consolidation is expected to create about $2 billion in savings over the next five years, with a portion used to take advantage of key global marketing opportunities and strengthen the focus on our global Chevrolet brand, and a portion hitting the bottom line.”

Managing an advertising agency has frequently been compared to herding cats given the diverse nature of the personnel. That duly noted, GM’s release said Commonwealth will be guided by an eight-person Global Advisory Board, which will oversee all creative initiatives and strategy for Chevrolet globally. Assignments will be handled through global hubs, which will operate in Detroit, Milan, Mumbai and Sao Paulo, and will ensure consistent global branding across the diversity of local markets.

The board includes four creative executives in the industry: Jeff Goodby, who will serve as Creative Chairman; Washington Olivetto, Linus Karlsson and Prasoon Joshi. The four creative leaders will work in collaboration on all major creative initiatives and resource allocations. I’d like to be a fly-on-the-wall for this groups planning and approval meetings, wouldn’t you?

This news comes on the heels of the appointment of Carat as GM’s agency for its media planning and buying operations, and is part of the company’s ongoing effort to drive efficiencies in its marketing operations and more effectively build its brands around the world.

(For more on GM’s choice of Carat,Click Here.)

This is another innovative advertising initiative from Ewanick who has caused industry tremors since joining General Motors in May 2010. His focus has always been on moving product creatively, now it includes establishing efficiencies in marketing operations. That’s no easy task in an industry known for its profligate spending, rather than its fiduciary restraints.

Stay tuned. This is going to be interesting.