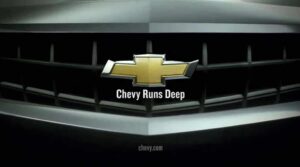 The Chevy creative budget is also up for review.

The long-staid world of automotive advertising has been undergoing some seismic shocks in recent years as manufacturers long willing to ride out slumps are now more willing than ever to quickly toss an agency aside if it doesn’t get the results it wants – immediately.

And only a couple years after walking away from long-time agencies, such as Chevrolet’s eight-decade partner Campbell-Ewald, General Motors is again shaking things up by announcing it will turn to Carat to serve as its global media planning and buying agency.

It’s a big catch for Carat, a specialized unit of mega-advertising group Aegis Media.  GM is expected to spend a collective total of $3 billion this year to purchase media to promote products ranging from the new Cadillac XTS premium luxury car to the Opel Ampera plug-in hybrid.

“We wanted a media agency partner with the sophistication to leverage global marketing opportunities,” said Joel Ewanick, GM vice president and global chief marketing officer. “Carat has an innovative approach to drive significant marketing value and their service model has been tailored to align well with our global and regional brands. They are uniquely positioned to help us form strong media partnerships and drive significant global efficiencies.”

The 51-year-old Ewanick has been the proverbial change agent since joining GM in May of 2010.  While the Chevy-Campbell Ewald relationship ended a month before the former Hyundai marketing chief moved to GM, Ewanick has shaken up virtually everything on the marketing side since then.

And with many questioning the results of recent marketing efforts, such as the massive “Chevy Runs Deep” campaign, industry insiders are questioning whether further changes are on the way.  A creative review for Chevy is currently underway and results could be announced in a matter of days or weeks, according to well-placed sources.

(What else does he have in the works? Click Herefor an exclusive interview with GM’s Joel Ewanick.)

Data tracked by the trade publication Ad Age shows General Motors as the world’s third-largest advertiser, spending an estimated $3.37 billion on global media in 2009.  GM’s own 10-K government filing, from March 2010, predicted the company would boost spending to 4.26 billion that year.

The choice of Carat to handle almost all global media planning and buying duties was part of a strategy aimed at consolidating purchasing to improve economies of scale and garner even more leverage with print, broadcast and online outlets.

Nonetheless, the move is a significant downsizing for a carmaker that had, until now, been working with 40 agencies on the media side worldwide.

Today’s announcement follows a review that ultimately came down to four candidates, including Interpublic Group, which was doing much of the work already in Latin America, as well as Publicis Group’s Starcom, which handled media for GM in the U.S.

Carat had been responsible for GM’s European media work prior to the new appointment.  According to Ad Age, about two-thirds of the maker’s worldwide ad and sales promotion budget was spent in North America.

Carat is expected to move fast to consolidate its grip a well-placed Detroit media executive telling TheDetroitBureau.com in an e-mail, “Wow, (but) not unexpected.”  Asking not to be identified by name, the senior vice president at a major Carat competitor added, “They have been trying to recruit (new staff) already.”

That ramp-up is only expected to become more intense now that GM has made the news official.