Reports of hanging nooses, harassment on the uptick.

UAW President Dennis Williams said that the union is trying to eliminate racism and sexual harassment in plants.

Union activists have detailed a recent series of racial slurs and taunts in plants belonging to car makers and suppliers.

The report follows recent complaints by the EEOC detailing a climate of sexual harassment at Ford Motor Co. plant in Chicago that prompted warnings such behavior would not be tolerated from the company’s top executives, including CEO Jim Hackett, who visited the plant to re-inforce the message.

United Auto Workers President Dennis Williams also said the union, which represents more than 415,000 employees at work sites across the country, harassment should not and would not be tolerated.

The Autoworker Caravan, a group of UAW activists, retirees and union officers organized in 2008, which has been critical of the union’s leadership, said it has seen an uptick in recent months of incidents of racism directed at African American autoworkers and their families. 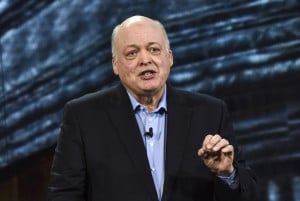 Ford CEO Jim Hackett traveled to the company's plant in Chicago to re-inforce the message that harassment won't be tolerated.

“Where the harassment has taken place at worksites, they’ve been downplayed by management. In one instance, floor supervisors are the perpetrators,” the AWC said.

In January, an African-American worker on second shift returned from break encountered a “noose” hanging at his job site at GM plant in Wyoming, Mi. near Grand Rapids.

GM Labor Relations representatives at the company’s Wyoming, Michigan plant dismissed the racial implications of the hanging noose by referring to it as an “employee’s tool,” according to AWC.

The targeted worker countered, saying he considered it a “death threat.” Greg Clark, an African American and former UAW Local Shop Chair familiar with the incident, said management identified a white skilled trades employee as the person who placed the noose.

“He recently opted out of the UAW,” Clark said. He was not disciplined.

UAW local representatives have been slow to respond, according to Clark and the AWC. The threatened employee has filed a complaint with the Equal Employment Opportunity Commission

In another recent incident, an African-American worker at a non-union Flex-n-Gate plant in Warren, Michigan, reported that shop floor supervisors have been sighted gesturing to each other with raised stiff right arms in what has interpreted as the traditional Nazi salute.

However, workers have been unable to document the occurrences, as cell phones are prohibited. The blue-collar workers are African-American, the supervisors said.

(Click Here to see details about the UAW’s protest of FCA at the Detroit Auto Show.)

Racist graffiti in the lavatories at Ford plant in Lima, Ohio. The graffiti was visible for days and cell-phone photos of the message were widely circulated, according to the AWC report.

Union members at the plant also reported that a female African American skilled trades worker was harassed by co-workers, necessitating her reassignment to another plant.

Back in November a television station in Kansas City, Missouri, also reported a noose was found hanging in a loading dock on the midnight shift at a seat supplier for Ford and GM. A white, male truck driver was suspended in the incident, but management issued no statement to the workers (members of UAW 710).

“These Racist incidents and attacks are on the rise across the USA. This should be of concern to ALL UAW members, and to working people in general,” said Clark

Frank Hammer, retired UAW staff member and former president of UAW Local 909 in Warren, Michigan, and retired president and co-founder of the AWC, said the group was urging UAW members, Local union leaders and Local union civil and human rights committees, to use every tool at their disposal – group grievances, our union publications, social media, to denounce racism and hold employers accountable.

“This and the other racist actions are adversely impacting UAW members and their families, and harming union Solidarity. This plays right into the hands of the employers. They are sowing discord among the rank and file, while the corporate executives amass their riches,” Hammer said.

Wendy Thompson, past President of UAW Local 235, adds: “Each of us should act to create a work environment that is free of racial – and sexual – harassment, as part of a culture of union solidarity.”

(Is the ground collapsing under the UAW? Click Here to find out.)

Overall, the report tracks with information collected by Federal Bureau of Investigation, which identified 6,121 hate crimes in 2016, an increase from 5,850 reported hate crime incidents in 2015. The figures are based on incident reports from law enforcement agencies around the country.