Monica Morgan faces up to 27 months in jail. 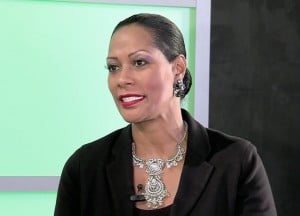 The widow of a key union official responsible for labor negotiations with Fiat Chrysler Automobiles N.V. has pled guilty in federal court in Detroit to one count of filing a filing a false tax return.

Morgan answered “yes” when Judge Paul Borman asked her if know the tax return was false.

However, in exchange for her pleas federal prosecutors set aside 11 other criminal charges filed against Morgan when the U.S. Department of Justice unveiled the original indictment, which also charged former FCA vice president Alphons Iacobelli with theft and a conspiracy to influence union officials.

Iacobelli pled guilty Jan. 22, and faces sentencing in early May for his part in what he described in his plea agreement as an effort to influence the union’s negotiations with FCA.

UAW President Dennis Williams has vehemently denied that the $1.5 million from a joint FCA-UAW training fund Iacobelli admitted using to influence Holiefield and other union officials had any impact on the union’s bargaining position in 2011 or 2015.

The effort to influence union continued even after Holiefield left office and the FCA-UAW joint training fund spent $30,000 on a party for Norwood Jewell in the summer of 2014. Jewell retired on Dec. 31 and has not been charged in the case.

Jewell had been elected to replace Holiefield on the union executive board only a few weeks before the party, which was cited by Iacobelli in his plea agreement as part of the effort to influence union officials.

Steve Fishman, Morgan’s lawyer, said in a hallway press conference outside the courtroom that his client knew nothing of any of the arrangements between Holiefield and Iacobelli. “That was their thing not hers,” he said, adding in today’s world it is not at all unusual for one spouse to know nothing of the other spouse’s financial transactions or transgressions.

The UAW, which has seen its reputation badly tarnished by the Holiefield scandal, said it continues to be shocked by the details of the scandal.

“Our union has been shocked and saddened by the crimes uncovered by this investigation. We have taken several steps to ensure the type of wrongdoing uncovered cannot be repeated, including seeing to it that more stringent procedures are followed for awarding and reviewing vendor contracts,” the UAW said in a statement released after the Morgan’s plea of guilty.

“It’s important to underscore that the wrongdoing here did not involve the loss of any union funds, the monies at issue did not come from union member paychecks or wages, and the misconduct did not affect the negotiation of the terms of our collective bargaining agreements. Nevertheless, the intentional misconduct by certain individuals at the training center is extremely disheartening,” the statement said.