Government looking to become world leader in AI development and use. 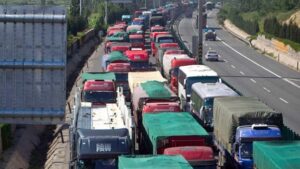 The pollution in China has gotten so bad due, in part, to scenes like this. The government is implementing plans to cut it down.

China continues to set the pace when it comes to implementing new technology. The National Development and Reform Commission, or NDRC, wants to implement artificial intelligence technology in at least half of all its new cars by 2020.

The government also plans to cover 90% of its large cities and highways with a wireless network so the cars can talk to each other and the roads, according to the government agency.

These actions are part of a comprehensive national smart car strategy the NDRC is seeking public feedback for, it said in a statement. It’s part of the country’s plan to be the world leader in AI by 2025, with the goal of China’s automakers being seen as producing quality smart cars by 2035.

The NDRC wants to build a national team with officials from the State Council to guide smart car innovation and planned to encourage the launch of preferential policies for related businesses which could include tax cuts.

(Plug-in vehicle sales surge past 1 million in 2017 as demand in U.S. grows. For the story, Click Here.) 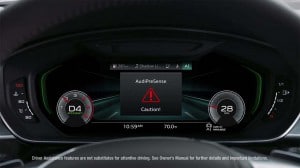 The NDRC also said it hoped that China would gain a global reputation for quality smart cars by 2035.

It will also work to build a technological innovation system and integrated industry cluster for smart cars, and unveil relevant laws and regulations to encourage the sector, with an aim to grow its core AI industries to over 150 billion yuan ($22.15 billion) by 2020. Smart cars are a key part of the project.

China has been looking to facilitate substantive changes in its automotive environment for the past year or so. It recently loosened regulations on foreign companies that build electric vehicles, hoping to increase the number of EVs on China’s roads.

The government sees NEVs, or New Energy Vehicles, as a key component to improving the air quality in its largest cities. In fact, the government has floated the idea of banning all internal combustion engine-powered cars by 2040, which would follow the lead of Norway, which is banning them by 2030.

Automakers have been scrambling to meet the demands for EVs by building new plants in China or forming new partnerships with indigenous vehicle makers to ensure they can capitalize on the burgeoning growth of electric vehicles there.

Other countries aside from Norway and China are also considering similar bans on internal combustion engines, including Germany, France and the United Kingdom, though none have set hard dates like Norway.

The move comes as more and more motorists are buying electric vehicles. Sales just moved past 1 million units in 2017 as the costs for batteries has decline, the range has improved and the variety of vehicles available has widened.