France Expected to Ban Gas, Diesel Vehicles – But Not Until 2040 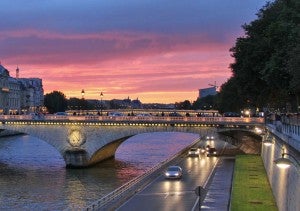 Even before the latest proposal, Paris was considering a ban on diesel vehicles.

France could become one of the first countries to ban the sale of vehicles running on fossil fuels, the country’s Environment Minister this week proposing a complete transition to zero-emissions vehicles.

But it won’t happen quickly, Nicolas Hulot’s plan expected to take until 2040 to roll out. And the minister admitted the “revolution” he is proposing would create some serious challenges for the auto industry. It does help that both French-based automakers have already made major commitments to shift to electric propulsion.

A number of countries are focusing on alternative powertrain technologies, ranging from hybrids to pure battery-electric vehicles, or BEVs, as well as hydrogen fuel-cell vehicles. That includes China, the world’s largest automotive market. But none have yet gone as far as to actively consider plans to eliminate gas and diesel vehicle sales entirely.

“It’s a very difficult objective.  But the solutions are there,” Minister Hulot said Thursday, ahead of the opening of the G20 conference in Hamburg, Germany.

Renault has seen sales of the electric Zoe minicar double so far this year.

The timing didn’t appear to be coincidental, according to some European observers, especially in light of the fact that the Paris climate deal is expected to be a major topic at that meeting. While the other members of the G20 support the goals laid out in that accord, President Donald Trump pulled out of the deal, underscoring his oft-stated skepticism about global warming.

Trump has also ordered the U.S. Environmental Protection Agency to re-open a review of the Corporate Average Fuel Economy standards that were set to boost the mileage of the typical American vehicle to 54.5 mpg by 2025. Industry experts generally believe that will require the use of some form of electrification on most new vehicles by the middle of the coming decade.

Almost all major automakers have rapidly been expanding their own electrification efforts, and the French Environment Minister’s proposal came the same week that Swedish-based Volvo announced all of its new models introduced after 2019 will use either hybrid, plug-in or pure battery drive technology.

In France, Renault – along with its Japanese alliance partner Nissan – has made some of the industry’s biggest commitments to battery propulsion. And Parisian-based rival PSA Group plans to have 80% of its fleet electrified by 2023.

But the new French proposal would focus on BEVs, something expected to generate plenty of controversy considering pure electric models currently generate less than 1% of global new vehicle sales. Demand has been growing in France where Renault sold more of its electric Zoe models during the first half of 2017 than it did all of last year. 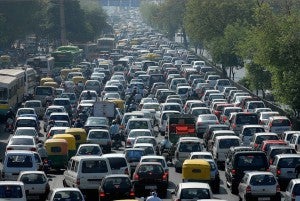 India wants to completely electrify its own vehicle market by 2030, though skeptics abound.

Experts are watching to see how consumers will respond as automakers begin rolling out new long-range, lower-cost BEVs, such as the Chevrolet Bolt EV and the Tesla Model 3 scheduled to begin production today at a plant in Fremont, CA. Renault partner Nissan is planning to boost the range of its Leaf model to at least 200 miles in 2018.

As the world’s sixth-largest car market, France could have a significant impact if the new electric vehicle rules are enacted, but it isn’t the only country looking to ban the internal combustion engine. Norway wants to get there by 2025, India by 2030 – though experts question whether the latter nation, still struggling to build up its automotive infrastructure, could accomplish such an aggressive goal.

German officials have discussed their own ban, though they have yet to enact hard rules. China, meanwhile, is pushing in that direction, as well, in an effort to end its endemic pollution problems. It is encouraging manufacturers to go electric, and it has enacted rules that favor buyers of battery vehicles, especially in cities like Beijing that have put in place limits on the number of new cars that can be registered each month.