Volvo Going All Electric or Hybrid on Future Models 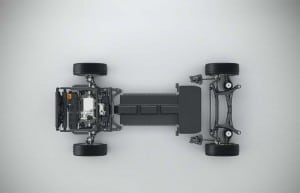 Volvo unveiled an all-electric version of its CMA platform at the Shanghai Motor Show.

Volvo is plugging into electric propulsion in a big way, the Swedish-based automaker announcing today that all new models coming after 2019 will use some form of electric propulsion, whether hybrid, plug-in or pure battery-electric.

The announcement follows Volvo’s decision last month to have its Polestar division shift focus to high-performance electric vehicles. But it also underscores the growing emphasis on electrification by luxury automakers, in general, BMW planning to reveal a pure battery-electric version of its iconic 3-Series sedan at the Frankfurt Motor Show in September, while Daimler said today it is investing over $700 million in battery-car operations in China.

“This announcement marks the end of the solely combustion engine-powered car,” Volvo Cars CEO Hakan Samuelsson said in a statement announcing the decision by the high-line automaker owned by China’s Zhejiang Geely.

Volvo referred to its decision as the “historic end” of the purely gas-powered vehicle, but while it said it won’t develop any solely internal combustion, or IC, models going forward, it isn’t entirely giving up on gasoline or diesel. Like the current T8 “Twin Engine” used in models like the Volvo XC90 SUV, some future products will still pair IC engines with electric motors. 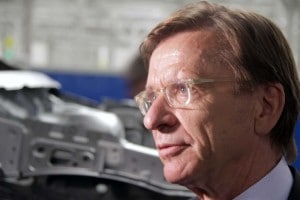 Volvo said the transition to battery-assist and pure batter-electric vehicles, or BEV, will begin with three mainstream models to come to market between 2019 through 2021. It did not reveal which products those would be, but the timing would suggest they will be some of the smaller vehicles meant to flesh out the carmaker’s line-up below the 90-series models and the 60-Series just coming to market. A major, mid-cycle update of the XC90 could also be a possibility.

Because of the lifecycle of automotive products, however, it’s possible that the complete phase-in of the new powertrain strategy won’t be completed until the middle of the coming decade. That’s about the time the U.S. Corporate Average Fuel Economy, or CAFE, standard is set to reach 54.5 mpg – though Pres. Donald Trump has sent that mandate back to the EPA for review.

A number of industry leaders, including Renault-Nissan chief Carlos Ghosn, have suggested they won’t back down on electrification plans, even if the Trump Administration rolls back CAFE. That’s largely because Europe, Japan and China are pressing forward with stricter emissions and fuel economy mandates.

“We expect that the decision is also largely driven by CO2 regulations,” Evercore ISI analyst Arndt Ellinghorst told investors in a Wednesday advisory.

Many experts and industry insiders also believe that after a slow start, more consumers are starting to consider electrified vehicle options as prices fall and range – especially for pure electric models – rapidly increases. Tesla, for example, is forecasting sales of its new Model 3 and older battery-cars will reach 500,000 in 2018. 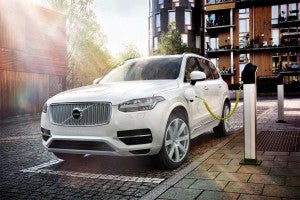 The Volvo XC90 T8 Twin Engine is selling at a higher rate than expected by company planners.

“This is about the customer,” Volvo CEO Samuelsson said. “People increasingly demand electrified cars and we want to respond to our customers’ current and future needs. You can now pick and choose whichever electrified Volvo you wish.”

Even before Wednesday’s announcement Volvo was already moving in the direction of offering more electrified vehicle options. The plug-in hybrid T8 engine is now offered on the XC90 and some other models and Volvo had already confirmed plans to bring a pure BEV model to its line-up.

At the Shanghai Motor Show in April the carmaker unveiled a new platform that, at the time it said, will be used for some unspecified electric vehicles to come. The platform is a modified version of the Compact Modular Architecture, or CMA platform, that Volvo hs developed with its Szechuan-based parent Zheijang Geely. A critical difference is that it mounts its batteries in the floor, much like Tesla does – a design also used by the Chevrolet Bolt EV.

What was not noted in Wednesday’s announcement by Volvo is that the Swedish marque isn’t the only one pushing into electrification. The battery-based version of the CMA will be used by all three of Geely’s brands, including  the new Lynk & Co. which debuted a production version of its 01 SUV model in Shanghai.

The 01 will offer a full BEV, a plug-in hybrid, and two gas-powered engine packages. LynkCo hopes to take itself into Europe and then into the U.S. market by 2019.

Going forward, Volvo will produce electrified products in Europe, China and in the new plant it is currently erecting in South Carolina.

All told, Volvo itself expects to be selling 1 million electrified vehicles annually by 2025.

(Mini debating whether to move EV model production out of post-Brexit Britain. Click Here for the story.)