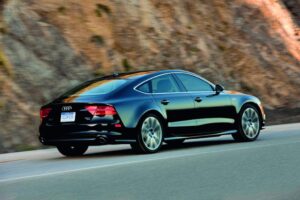 A new class action lawsuit claims some Audis, including some A6 and A7 models, may have emissions cheats on their gasoline engines.

Despite sharing two rigged diesel engines with the larger Volkswagen brand, luxury marque Audi has largely managed to sidestep the ongoing scandal that has cost parent Volkswagen AG about $20 billion so far.

But Audi could be heading into a heap of its own troubles. Four American legal firms have just filed a class action lawsuit against the brand, this time alleging the automaker has also rigged a gasoline engine to meet emissions standards. A German newspaper, meanwhile, is reporting that the discovery is leading to a new investigation by the U.S. Environmental Protection Agency, as well as California clean air regulators.

The problem could exponentially increase the problems facing the automaker and parent VW. Volkswagen is currently unable to sell any of its diesel models in the U.S. until it can come up with an approved way to lower their emissions. If one or more gasoline models are found to be rigged, as well, the company could find a large portion – perhaps its entire line-up – barred from the market.

The broader VW scandal was initially touched off when the Environmental Protection Agency, in September 2015, accused the maker of rigging its 2.0-liter turbodiesel. VW subsequently acknowledged it had cheated in order to illegally pass emissions tests. Months later, it also admitted rigging a more upscale 3.0-liter engine.

In June, VW agreed to a settlement worth almost $15 billion covering just the smaller turbodiesel. It recently began a buyback program covering about 450,000 of the rigged vehicles. That will cost it as much as $10 billion. The rest of the agreement involves a pollution remediation program and a campaign intended to help promote the sale of zero-emission vehicles. 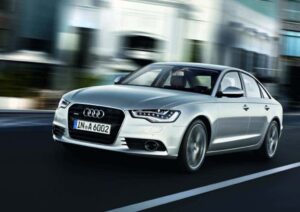 Some Audi A6 models are cited in a new class action suit against the automaker.

Most of the vehicles covered by the original settlement were sold under the Volkswagen brand, such as the VW Jetta TDI, though the Audi A3 also used the 2.0-liter turbodiesel.

VW has yet to reach a comprehensive settlement covering the 3.0-liter engine, though there have been reports in recent weeks that an agreement is near. The maker is hoping that many, if not all, of those 85,000 VW, Porsche and Audi vehicles will be repairable. That would significantly hold down the cost of a second settlement. But the agreement is expected to still call for compensating owners. Those with 2.0-liter VW diesel models received between $5,100 and $10,000 in cash, on top of any buyback fee.

Reaching an agreement could be complicated by the new lawsuit and, if it proves accurate, any new investigation by state and federal regulators.

The German weekly Bild am Sonntag this weekend cited sources indicating the California Air Resources Board had over the summer found new, rigged software in an Audi gasoline model equipped with an automatic transmission. The German paper said the EPA will meet with senior VW group engineers next week to discuss the findings.

Until now, the focus had been on VW’s two diesel engines. The latest developments are targeting certain gas-powered Audi vehicles, “including the A6, A7 and possibly other models,” noted a statement from Thomas Young, a Tampa-based lawyer working with Alabama firm Beasley, Allen, Crow, Methvin, Portis & Miles, P.C. Three other U.S. firms joined in on the lawsuit.

“Unbeknownst to Plaintiffs, the vehicles purchased by them, like all of the Class Vehicles, are equipped with ‘defeat devices,’” the suit filed in federal district court in Minnesota alleges. “These defeat devices are designed to surreptitiously limit emissions and increase fuel efficiency when the vehicles are being subject to regulatory emissions and fuel efficiency testing. Otherwise, when the vehicles are in regular use on the road, the Class Vehicles emit a substantially increased amount of noxious gasses.”

While the diesel defeat devices aimed at reducing production of smog-causing oxides of nitrogen, the newly discovered software, according to Bild am Sonntag, reduces C02 emissions. But like the earlier cheat, said the paper, it relies on a steering sensor to show when the vehicle is being run on a dynamometer, rather than on the road.

Both California and federal regulators have said they are continuing to examine VW’s various engines for additional cheating, they declined to confirm an Audi gas-engine investigation is now underway.