McLaren Special Ops Ready to Give Buyers (Almost) Anything They Want

Group limited only by government rules and budget. 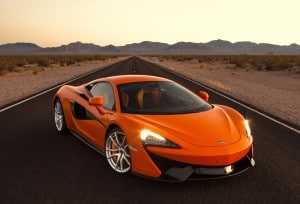 When you’re spending more than $1 million for a car, who wants it to look like your next-door neighbor’s? Not to worry if you’re talking about a McLaren P1. The maker’s Special Operations unit will give you anything you want. Well, almost.

The division was set up to help McLaren buyers transform fantasy into sheet metal – or more accurately, into the carbon fiber used for the bodies and chasses of vehicles like the McLaren and only slightly less expensive 650S. And owners have shown no limit to what they ask for, says Paul MacKenzie, the McLaren board member who oversees the customization unit.

“About 90% of P1 owners have ordered some level of customization,” he explains, calling that “absolutely incredible,” and noting that the work has ranged from special airbrushed paint schemes to extensive bodywork.

There are some limits to what the Special Operations unit can pull off. Some proposed modifications would run afoul of government crash standards or at least would require putting a vehicle through a new crash test to validate its safety. But short of such extremes, the unit is pretty much ready to do whatever the customer wants. 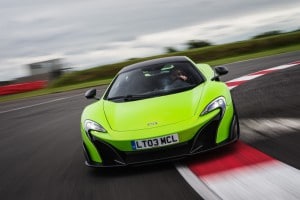 The special ops team at McLaren can help buyers tweak their purchases, such as adding a special color.

“When we started (Special Operations), we decided we wouldn’t say ‘no,’” explains MacKenzie. “We said we’re not going to be the style police.” Only the price tag might limit how extreme a customer might want to take things.

In fact, what might seem a strange, even bizarre, request when working at the factory can seem positively beautiful elsewhere, MacKenzie adds, noting that one has to be willing to respect “the regional and cultural differences of our customers.”

The Special Operations unit has been far busier than McLaren executives originally anticipated. When planning for McLaren’s early MP4 12C model, the company estimated it would see about 10% of the cars go through Special Operations. In reality, the figure is about 26% with buyers primarily asking to modify color and trim, such as louvers and bumpers.

Virtually every P1 undergoes at least some modification. At the other extreme, about 15% of the new 650S models have so far been customized.

“If you get the quality right and relationship with the customer right, the price almost doesn’t matter,” says MacKenzie.

(Click Here for details about Honda dumping the use of prototypes in new vehicle production.)

The high profit margin for custom works is something that carmakers covet. Virtually all high-end carmakers now offer their own version of McLaren’s Special Operations unit. Daimler AG expects to see a majority of its stretched Mercedes-Maybach S600 Pullman models get some level of customization, and if that includes heavy armoring the price tag could readily top $1 million.

Bentley and Rolls-Royce boast that they’ll even match a car’s leather or paint to a customer’s favorite color, even if that means matching a shade of lipstick.

(What are the 10 best car for teen drivers? To find out, Click Here.)

One BMW customer came close to pushing the limits when he demanded a paint shade that came close to that of a tequila sunrise. He even provided his own unique woods to be transformed into veneer for his big 7-Series sedan. The customer made his money selling exotic wood from his home in Hawaii, it turned out, and that unusual paint color ultimately seemed quite natural driving around on the tropical island of Kauai.