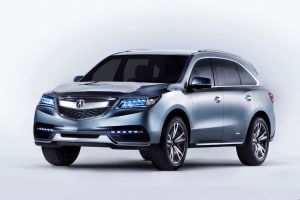 As the drumbeat for adding collision avoidance technology as standard equipment on new vehicles gets louder, Acura’s recall of two models due to a problem with similar technology shows it is not infallible.

The brand recalled nearly 48,000 MDX and RLX models from 2014 and 2015 because the automatic emergency braking systems can malfunction. Acura’s “Collision Mitigation Braking System” can misinterpret the data it receives causing the vehicle to brake unnecessarily causing a rear-end collision.

The problem came to light in Japan in 2013 and after testing, Honda – Acura’s parent company – was able discover the problem. The system can become confused and step on the brakes when it detects another vehicle accelerating in front while simultaneously driving along an iron fence or metal guardrail, according to Honda.

Later versions of the system actually stop the vehicles before a crash, but those versions aren’t affected by the recall. 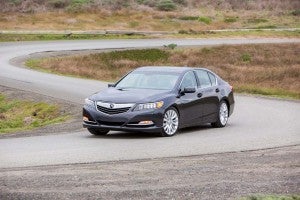 Acura's RLX is also part of the recall of 48,000 vehicles for problems with its collision avoidance technology.

The company says it has no reports of warranty claims, incidents or injuries in the U.S. due to the problem. Dealers will update the system software free of charge for owners. The Acura recall isn’t the first time systems like this have had a problem.

Last week, the National Highway Traffic Safety Administration began investigating complaints about 2014 Jeep Grand Cherokees using a similar system are braking for no reason. The recall comes as earlier this week the National Transportation Safety Board issued a call for making collision avoidance technology standard equipment on vehicles, like airbags.

Perhaps more importantly, the agency thinks it should come at no cost to consumers.

“You don’t pay extra for your seat belt, and you shouldn’t have to pay extra for technology that can help prevent a collision altogether,” said Christopher Hart, chairman, National Transportation Safety Board (NTSB).

The agency released a 60-page report outlining the need for the technology, suggesting that more than 80% of the 1,700 deaths and 500,000 injuries in the 1.7 million rear-end collisions in 2012 could have been eliminated or lessened if the technology were mandated.

(NHTSA prototype could keep drunks off the road. Click Here for more.)

Currently, the technology is typically available on high-priced vehicles as part of a larger suite of technologies, such as adaptive cruise control. Including the option on a vehicle generally adds at least $1,000 to the price of the vehicle. Aftermarket versions can be purchased for as little as $1,100.