Once known as Volvo’s high-performance brand, Polestar, is now the name of its EV marque, one that executives say will be a technological “guiding star” for the China-based Geely Auto Group. Geely’s brands include Geely Auto, Zeekr, Lynk & Co, Volvo and Polestar.

The Polestar 2 followed it about a year ago, powered by a dual motor driveline. Now, Polestar has released a Polestar 2 with a single motor, which delivers less performance, greater range, and lowers the starting price by $4,000.

So, the question becomes: one motor or two?

Until now, the Polestar 2 was available solely with two electric motors, one on each axle, and all-wheel drive. Come December, you’ll be able to buy a new Single Motor model, with front-wheel drive.

In addition, the 2022 Polestar 2 gets a mechanical heat pump as part of the $4,000 Plus Pack. The heat pump uses residual ambient and driveline heat to warm the battery, extending its range by as much as 10% in colder climes.

The Polestar 2’s short, stocky proportion is strikingly unique. While it wears Volvo’s “Thor’s Hammer” headlight design, most of its appearance doesn’t mimic its Volvo family, even if its look is reminiscent of its Scandinavian sibling.

If anything, it looks more like a Lynk & Co. vehicle. While it’s not a sleek, elegant shape, the Polestar 2 does have an upscale appearance, like an expensive piece of sports equipment. Its rear lighting is unmistakable, and lends the rear of the car a distinctive identity.

The cabin of the Polestar is more daring than its exterior. Material choices have a recycled postmodern manmade vegan chic feel, although you’ll be stuck with a the black/gray interior unless you order leather, which is available in lighter colors. Its design lifts little from Volvo, aside from an occasional piece of switchgear.

The cabin is filled with memorable designs, from the door panel design that integrates the grab handle with the audio system speaker, to the sculptural feel of the transmission shifter.

But there are oddities as well, particularly on the center console. Using the sliding center armrest cover eliminates primary cupholder; the second cupholder is inside the center console bin. Using it means not placing anything inside the bin. The tilt/telescopic steering wheel has limited telescopic range, and the glovebox lacks a lock.

The Polestar 2’s high beltline and tall center console lends the cabin a cocoon-like feeling, and rear visibility is limited due to the rear window’s odd shape and the large c-pillar.

Seats are both comfortable and supportive. There’s generous legroom and decent headroom up front. The second-row legroom is merely adequate unless front passengers surrender some space, and rear headroom is tight for taller passengers. The spacious cargo area has additional space under the load floor, although it’s oddly shaped. There is room for a couple small items in front trunk.

The front-wheel-drive Polestar 2 Single Motor is rated at 231 horsepower and 243 pound-feet of torque, and has a range of 265 miles. For an extra four grand, you can opt for the all-wheel-drive Polestar 2 Dual Motor, with 408 horsepower and 487 pound-feet of torque. Being an electric vehicle, the Polestar 2 is equipped with a 1-speed transmission. Acceleration is smooth and linear, lacking the jarring shifts that come with moving from one gear to another.

An 11.15-inch center touchscreen houses nearly all of the switches you’d typically find in an interior. It’s the first car to use Android Automotive OS with built-in Google apps and services connectivity, and features over-the-air software updates. Just say, “Hey, Google,” and you can operate a variety of vehicle functions. It’s far easier to use than Volvo’s infotainment system.

A wireless phone charger and requisite USB ports are offered as well.

While both feel similarly punchy off the line, there is a perceptible performance difference between the Single and Dual Motor models, particularly above 50 mph. Driving the Dual Motor reveals a bit of rear-drive bias that’s not evident in the Single Motor model. You can even get the tail to dance. Add in the Dual Motor’s extra power, and enthusiast drivers will find it’s far more interesting to drive.

In contrast, while the Single Motor still has more than enough power for all situations, being front-wheel drive endows it with more of a straightlaced personality. There’s no evidence of the tail-happiness that can be invoked on the all-wheel-drive model. Kudos to Polestar engineers, however, for fitting the Single Motor with wider rear tires, which noticeably negates understeer in corners.

All Polestar 2s have steering effort that can be adjusted, from light to heavy, although light feels as if it were lifted from a 1958 DeSoto. Drivers can also fine-tune the regenerative braking effort. Also, the car has no starter button. Just get in the car with the vehicle fob and put your foot on the brake. The car starts.

Regardless of which one you buy, you’ll find the cabin to be extraordinarily quiet, among the quietest you’ll encounter on any car.

Unless you regularly exercise your Inner-Andretti, the Polestar 2 Single Motor’s greater range and lower price might seal the deal. But our advice is to try both models, and see which one better suits you.

Is Polestar 2 a Volvo?

Does Polestar 2 have OTA?

Is Polestar a Chinese company?

Founded in 1996, and headquartered in Gothenburg, Sweden, it was acquired by Volvo in 2015, It is now a part of Geely Auto Group, with vehicle production taking place in China. U.S production is expected to start next year near Charleston, South Carolina. 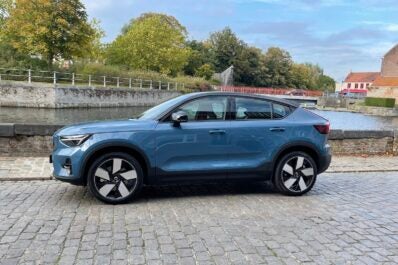 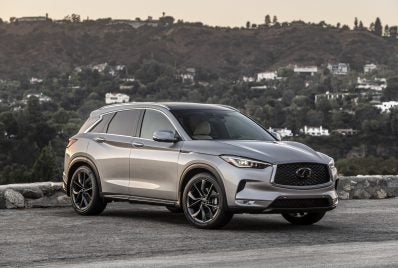 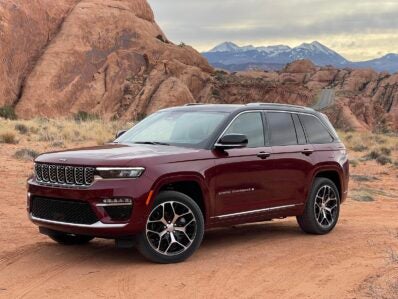