Place your order now! No need to wait for a Polestar Space.

We’ll be seeing an explosion of new brand names over the next few years, a sizable share of them – like Fisker, Lucid and Lordstown Motors — offering battery-electric vehicles.

Among the list is one you might already have heard about, Polestar initially debuting as Volvo’s high-performance brand-within-a-brand, an alternative to BMW M and Mercedes-AMG.

While you’ll continue to see a handful of Polestar-badged Volvo models, the name primarily will be used for an all-new, standalone brand specifically focusing on battery-powered products.  Polestar 1 is a limited-run, high-perform plug-in hybrid, while the new Polestar 2 is the first all-electric model, with all future products planned to be 100% battery powered.

(Forget about being a Tesla killer, Polestar just wants a share of the growing EV market.)

Overview: The 2021 Polestar 2, in many ways, is the brand’s first real product, the “1” being a low-volume sports model that will last for only three years. The look of the Polestar 2 is likely going to be familiar, picking up a number of Volvo styling cues. It’s based on the same CMA architecture as the Volvo S40 sedan and XC40 crossover, though it has undergone a number of modifications to give it more of a sporty look, ride and feel, in line with Polestar’s “pure progressive performance mantra.”

In a non-traditional move, the initial version of the Polestar 2 will be the sportiest, with a lower-priced model to follow later in the model year. That’s the approach the brand plans to take going forward.

… Look for deliveries to begin in September, though you can place an order today …

Initially, there’ll be only a handful of dealers – starting out in New York and California – but you don’t have to go to one of these “Polestar Spaces.” Depending upon local state laws, you could do virtually everything online and the new marque will deliver your vehicle essentially anywhere in the U.S. It also will pick up and return it when service or repairs are needed.

Exterior: Visually, the Polestar 2 has a fair amount in common with the S40 sedan, down to the “Thor’s Hammer” headlight design. The overall shape is that of a fastback sedan, but it stands taller than most four doors in its class. The decision to go with a relatively generic Volvo shape might seem surprising but it’s not exactly a bad place to start.

Interior: Here’s where Polestar designers struck out on their own. From an interior perspective there is relatively little to make you think “Volvo.” With the exception of the tall, 11.2-inch floating touchscreen, there’s a clean, uncluttered, horizontal layout that backs the more sporty feel of the BEV. A second, 12.3-inch horizontal display replaces conventional gauges and can be reconfigured in a variety of way, among other things putting route information directly in front of you.

Several different interior materials are available, but keeping with the sensibilities of this new brand, many customers have been going with the fully vegan WeaveTech cloth made out of fully recycled materials.

Seating, meanwhile, is supportive for when you want to exercise the Polestar 2’s peppy drivetrain, yet comfortable enough for a lengthy trip. And the sedan’s higher stance translates into a cabin that can easily handle a quartet of tall Scandinavians, five if need be.

Somewhat surprisingly, there is a center tunnel like you’d find on the Volvo S40. The space, normally used for a driveshaft, has been repurposed to handle extra batteries.

Powertrain: Like so many new BEVs, the Polestar 2, in the initial package, comes with all-wheel-drive, one motor driving each axle.  Working together, they produce up to 408 horsepower and 487 pound-feet of torque.

As with other electrics, there’s a one-speed transmission for each, so no clunky shifting. Instead, you feel smooth and linear acceleration from the moment you step on the throttle.

The Polestar doesn’t quite match what a Tesla can do with an optional performance pack but, at 4.45 seconds 0-60 mph, it’s likely few will complain –especially since some preliminary tests suggest it’s as much as a half-second faster than the official rating. Top speed is rated at 127 mph.

Power comes from a 78 kilowatt-hour lithium-ion pack, enough to deliver an estimated run in

“the middle-200s,” the final EPA numbers not yet confirmed. Charging can take as little as 40 minutes to hit 80% capacity if you have access to a 150-kilowatt public fast charger.

Technology and Safety: While the Volvo brand will – not surprisingly, remain the lead marque for safety systems, the new Polestar 2 isn’t lagging and introduces a new center-mounted airbag designed to keep front-seat occupants from banging into one another, especially following a side impact.

There are plenty of other airbags and an assortment of advanced driver assistance systems, including forward collision warning with auto-braking, blind-spot assist, rear cross-traffic alert and a fully automatic parking system.

Actually, the latter technology won’t be operable at launch but Polestar officials expect it to be activated in the months ahead using the sedan’s new, smartphone-style over-the-air update capabilities – which will be used for any number of other systems onboard.

Polestar, it seems, will be the lead technology brand for the group which includes not only Volvo but also Lynk & Co., another new marque introduced in China by Chinese parent Geely. The Polestar 2, it turns out, introduces us to an all-new infotainment operating system developed by Google using its Android operating system. Much like a Google Home voice assistant, you simply say “Hey, Google,” to wake it up and then operate a variety of vehicle functions, check weather, even tell you (a typically corny) joke.

It’s a big improvement over the operating system currently used in Volvo products, though we were surprised it wasn’t more intuitive in picking up different ways of asking for directions. It was confused by all but one specific command – which we hope Polestar and Google will soon fix.

Otherwise, it was quite impressive. It pairs with Android phones, of course, but also offers wireless versions of both Android Auto and Apple CarPlay. And, we were told, Amazon simply has to provide an app and the system will also tie in with the more popular Alexa voice assistant.

Drive Impressions: We’ve come to expect quick acceleration from the latest generation of battery-electric vehicles, and the Polestar doesn’t miss the mark.

… Its instantaneous torque is a real pleasure to experience, all the more so considering that, with its big battery pack the sedan weighs in at just over 4,700 pounds …

The other bit of good news is that by mounting batteries as low as possible the vehicle’s road manners are equally impressive, especially with the performance package our tester was equipped with. Unlike Tesla, Polestar’s upgrade does not impact acceleration, but it does give you a modified suspension that includes active – and adjustable – Ohlin dampers, as well as upgraded Brembo blended brakes.

The latter provide conventional hydraulic braking when you need to stop fast, but start out scrubbing speed by turning each wheel into a mini dynamo, recapturing what is normally waste energy and sending it back to the battery. 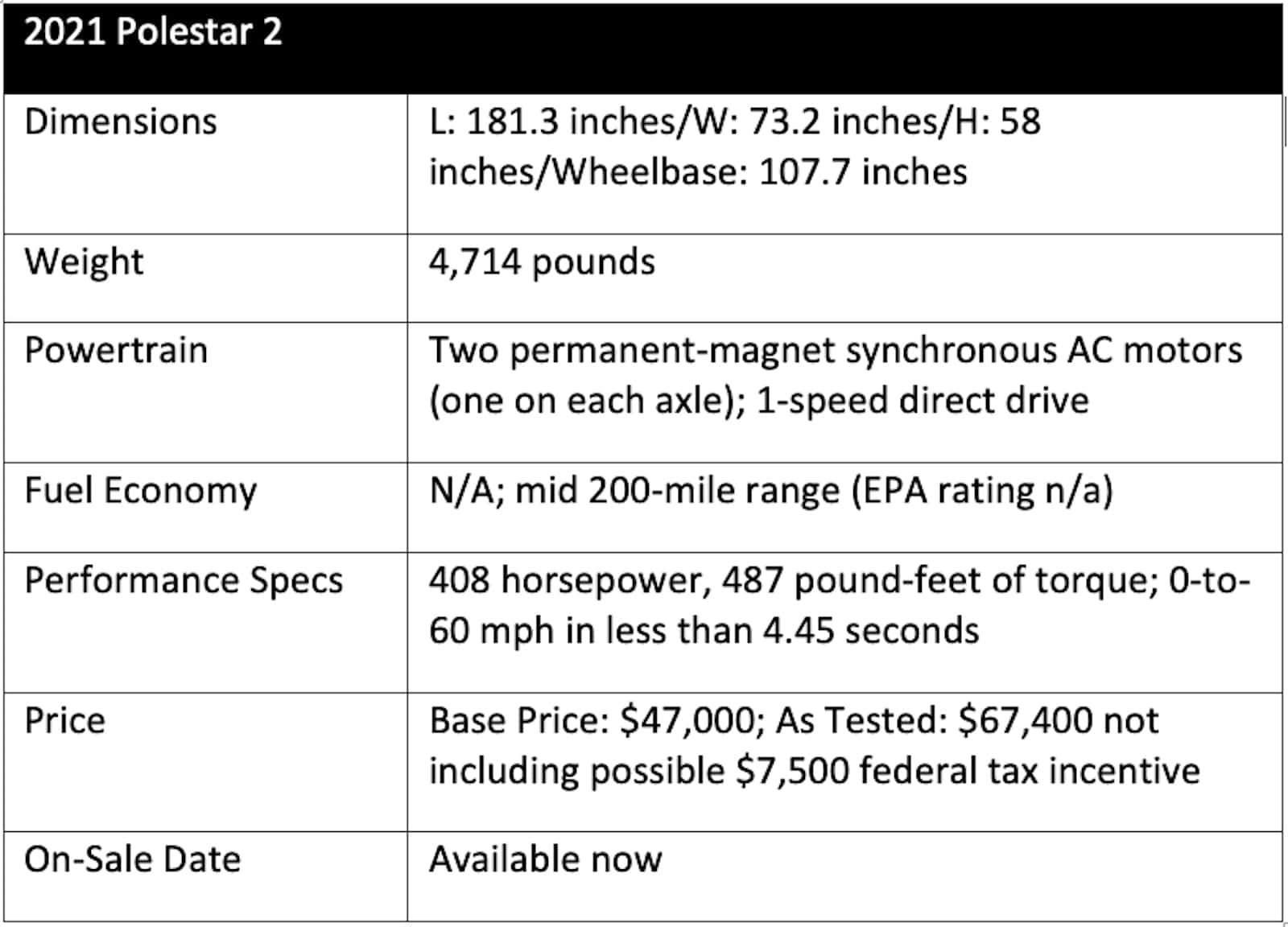 This regen system is adjustable but, in its most aggressive form allows “one-footing.” Lift off the throttle and you slow down as if you’d dropped two or three gears in a car with a manual transmission. Get used to this and you can approach a traffic light and come to a complete stop without ever using the brake pedal – and boost range in the process.

Wrap Up: No, it doesn’t break ground when it comes to exterior design, performance or range. Nonetheless, there’s plenty to like about the new Polestar 2. It’s still got a handsome exterior design and one lovely interior. It’s quicker than many conventional sports cars and surprisingly fun to cruise in, especially once you learn the trick to one-footed driving.

Whether that’s enough to transform Polestar into a successful brand is uncertain. The EV market has lost momentum this year – as had the U.S. market as a whole – with Tesla the only brand generating any real volume. But, with so many more products coming, and with the public charging infrastructure growing fast, there’s reason to believe lots more Americans will be switching to battery power over the next few years. For those that do the Polestar 2 could be a viable alternative to a Tesla. 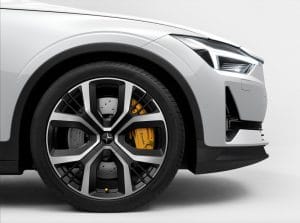 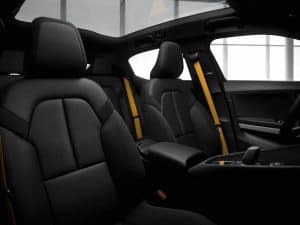 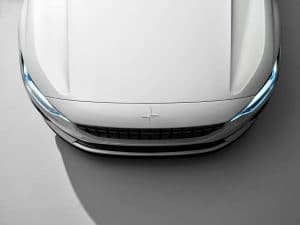