The new facility is capable of producing 300,000 vehicles annually by approximately 4,000 workers, with half of the production will be committed to Mazda. The start of manufacturing of the new model is the result of a $2.3 billion joint venture partnership between Mazda Motor Corporation and Toyota Motor Corporation.

“The production of the CX-50 here signifies the importance of the North American market to Mazda and our commitment to investing in the U.S.,” Guyton said.

If production reaches capacity, the added volume would be a significant boost for Mazda, which sold 332,756 vehicles in 2021.

The new 2023 Mazda CX-50 is made specifically for the North American market and part of the Hiroshima-based brand’s newfound focus on manufacturing in the U.S., in an effort to increase sales. The new plant is located approximately 14 miles from Toyota’s Toyota Motor Manufacturing Alabama Inc., and is the company’s second facility in the city where Toyota started producing the 2022 Corolla Cross subcompact crossover in September.

The plant came about as a result of a $1 billion incentive package.

But the plant is not Mazda’s first in the U.S. The company last manufactured cars as part of a joint venture with Ford Motor Co. in Flat Rock, Michigan — where Ford now builds the Mustang — and Mazda still builds vehicles for the U.S. market at its facility in Salamanca, Mexico.

How the CX-50 offers

The CX-50 is a larger, more rugged crossover than the CX-5, which was freshened last year and aimed at urban/suburban customers. The new CUV comes with standard i-Activ All-Wheel Drive and Mazda Intelligent Drive Select drive modes, which include sport, towing and off-road.

Power will come from a Skyactiv-G 2.5 naturally aspirated engine or Skyactiv-G 2.5 Turbo engine and paired with a 6-speed automatic transmission. Performance numbers were not disclosed.

Officials said electrified versions are on the horizon, including a hybrid model, but declined to say when they might arrive.

“By 2025 I don’t think we’re going to be selling much of anything that doesn’t have electrification onboard,” Guyton said in an interview with TheDetroitBureau.com in 2020.

Inside, customers will find a panoramic moonroof — a Mazda first — and cargo space designed to support outdoor activities. The CX-50’s height and length were created to make loading and securing your gear easier. Mazda uses high strength roof rails and reinforced b-pillars and door jambs for securing equipment on the vehicle’s roof. 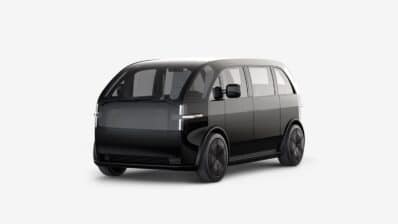 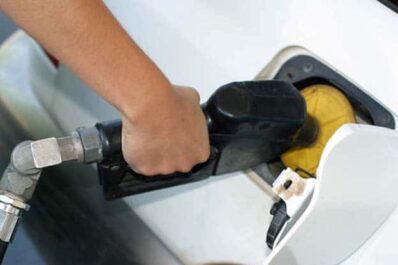 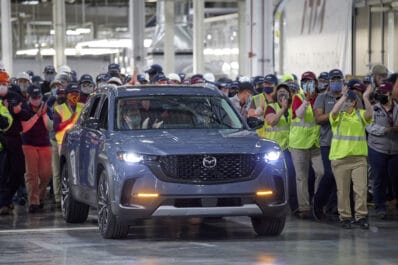