New pricing places it squarely between Chevy Tahoe and Suburban. 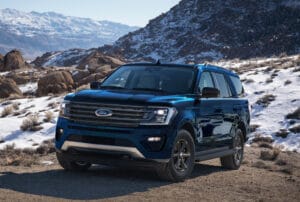 The market for full-size SUVs has been growing steadily, especially at the top end of the segment as the price for large utes has steadily climbed toward the six-figure mark. Ford Motor Co. decided to buck the trend with the STX package on the 2021 Expedition XL.

The two-row version was initially priced at $51,690 when it debuted last fall. The change nudges it a little closer to its counterparts at Chevrolet, the Tahoe and Suburban, which start at $49,000 and $51,700 respectively.

“The Expedition STX is perfect for families who lead an active lifestyle that requires the capability and space of a full-size SUV,” said Devin McParlane, Expedition brand manager. “They get all of the content they desire at an attractive price, plus a great appearance.”

What do you get with the STX? 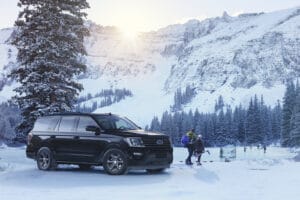 On the outside, the STX literally leads with a gloss-black version of its five-bar grille. It also gets 18-inch magnetic metallic-painted cast-aluminum wheels. The silhouette of the Expedition got updated a few years back to help it better compete against an update from its aforementioned competitors.

Inside, you get plenty of functionality with Sync 3, an 8-inch capacitive touchscreen with swipe capability, AppLink, 911 Assist, Apple CarPlay and Android Auto.

The driver gets an 8-way power driver’s seat with power lumbar and manual recline. For those moments when hauling stuff instead of people is the priority, the 40/20/40 split bench with CenterSlide folds flat. This provides 104.6 cubic feet of cargo storage, enhanced by a cargo management system, cargo protector and cargo net. 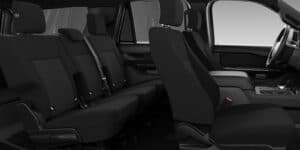 The XL STX offers seating for five with a 40/20/40 split bench second row.

The STX is powered by the 3.5-liter EcoBoost engine putting out 375 horsepower and 470 pound-feet of torque. It also uses Auto Stop-Start, active grille shutters, 10-speed SelectShift automatic transmission to help with fuel economy. However, it is a hauler so the non-limited-slip 3.15 rear axle, a 23.2-gallon fuel tank and a Class IV trailer hitch receiver ensure that capability is there.