Many new car dealers love the brands they sell. But few, if any, continue to sell the brand once it’s failed.

That wasn’t true of Jack Carl Miller, who died Mon., Dec. 28, 2020, in Ypsilanti, Michigan. Miller was 82, and known for running the business his father started, Miller Motor Sales, long after the brand it sold, Hudson, had faded from the scene. Later on, he went on to establish the Orphan Car Show with Randy Mason.

“We talked about how Hudsons, Studebakers, Willys, and many other orphans were always overshadowed at car shows and parked in the back rows behind Mustangs, Corvettes, classic tri-5 Chevys, and others,” Mason says on the show’s website. “We finally did something about it in 1997 and held the first orphan show which featured Hudson.”

(Ford wants America to “Finish Strong” in battle against COVID-19.)

The show continues 24 years later, soldiering on without its co-founder even as more names join the ranks of orphan brands, including Scion, Hummer, Saab, Pontiac, Oldsmobile, Mercury, Plymouth, AMC, Eagle, Sterling, Geo, Merkur, and many others.

Now, with the coming merger of Fiat Chrysler Automobiles and Groupe PSA to form Stellantis, it remains to be seen how many of the group’s current brands – which will include Peugeot, Citroën, DS, Opel, Vauxhall, Alfa Romeo, Chrysler, Dodge, Fiat, Jeep, Lancia, Maserati and Ram – will become orphans. Given there have been more than 2,000 manufacturers of automobiles in the United States, the show will always have an ample supply of show cars.

Miller came about his love of cars having been born into it. His father, Carl Miller, opened a Hudson dealership in 1927 in Ypsilanti in a building that first housed an automobile fender stamping company, before becoming an early Dodge dealer.

Hudson was founded in 1909 by two Olds Motor Works veterans, Roy Chapin and Howard Coffin, and was financed by Joseph Hudson, the man behind Detroit’s most successful department store and for whom the company was named.

The Hudson Motor Car Co. proved successful, as did Miller, selling scores of Terraplanes, Super Sixes, Commodores, Big Boys and Pacemakers. The company’s best year was 1929 with sales of 300,000 units, although the company remained profitable after World War II, particularly after fielding the Hudson Hornet and its famous step-down design. The car dominated the early days of NASCAR and was immortalized by Paul Newman as Doc Hudson in the 2006 Pixar film “Cars.”

(What’s coming in 2021: The most important products on tap for the new year.)

The typical Hudson owner was upper middle class; Morgan Freeman chauffeurs Jessica Tandy in a Hudson Commodore in the movie, ”Driving Miss Daisy.” But the company stumbled with the compact Hudson Jet. Dwindling funds, a sales war between Ford and Chevrolet, and the high cost of reworking the Hornet forced Hudson into a merger with Nash-Kelvinator in 1954 to form American Motors. Miller added a Rambler franchise as Hudsons became little more than an over-trimmed Nashes. The public wasn’t fooled, derisively referring to them as “Hashes.”

AMC dropped Hudson in 1957, although the Hornet name would be resurrected by AMC in 1970 as a replacement for the Rambler. Altogether, about 3.75 million Hudsons were sold during the company’s 49-year run. The Millers’ total was somewhat less, selling 1,969 cars from 1927 through 1958. After that, Miller sold more than 100 Hudsons, not bad for a car no longer produced.

Even though AMC lacked faith in Hudson, Miller’s faith endured.

AMC wanted the Millers to build a new Rambler showroom, but they refused, and the dealership survived selling Hudsons and other used cars, and Hudson parts. Jack Carl Miller graduated Cleary College in Howell, Michigan in 1965 with a Bachelor of Business Administration before returning to the small family dealership.

He took over the business in 1973, after the death of his father. Two years later, he began restoring Hudsons, and became the source of Hudson parts or expertise for those restoring their rides. In 1995, Miller Motors was sold to local investors who formed the Ypsilanti Automotive Heritage Museum. Miller was hired as curator, a position he held until retiring in 2013.

Miller used his time to write a book, “Total Domination: The Story of the Fabulous Hudson Hornet’s Amazing Success on America’s Stock Car Tracks” in 2009 as well as establish what he – and Ypsilanti – is perhaps best known for today: the Orphan Car Show, an event that’s been ongoing for 24 years, honoring orphan makes such as Hudson, Kaiser-Frazer and many others.

(VW made history 75 years ago, starting production of the Beetle.)

Contributions may be made to the Ypsilanti Automotive Heritage Museum in memory of Jack C. Miller “Mr. Hudson.” No memorial events are currently scheduled. 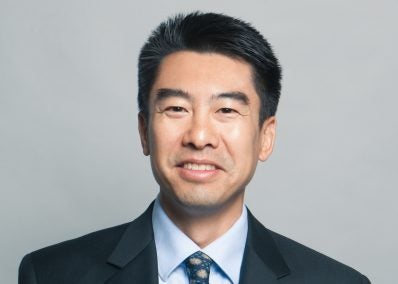