A Week With: 2020 Volkswagen Atlas SE

Automaker now has a strong entry in the segment. 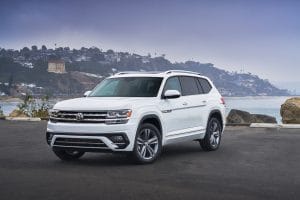 The 2020 Volkswagen Atlas gives the automaker a viable competitor in the midsize SUV segment.

Volkswagen AG seemed to be one of the last companies to crowd into the highly competitive midsize sport-utility vehicle segment. But they also entered with an impressive vehicle, the Volkswagen Atlas, which combines American packaging and accommodations with subtle bits of German engineering.

It also features some of the latest technology that eases the stress of driving and enhances the safety of the driver and the multiple passengers the vehicle was designed to carry.

Overview: It certainly doesn’t hurt that the 2020 Atlas is built in the United States at a plant in Chattanooga, Tennessee, where the production team has a sense of the foibles and desires of American consumers — at least more so than their colleagues in other Germany or other parts of Volkswagen’s sprawling empire.

(VW Atlas is king of world … of best family cars.) 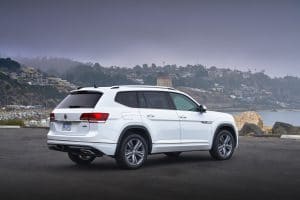 The Atlas offers seating for seven in a midsize package.

Exterior: Since Volkswagen had never built a midsize SUV prior to the arrival of the Atlas, casual observers might think they were looking at a Ford Explorer, which seems to have influenced the exterior design of the Atlas.

Upon closer inspection, though, the angle of the angle of windshield, the front fascia with the conspicuous VW badge and rounded rear quarter panels and glass pieces as well as the handsome liftgate at the back of the vehicle give it a more distinct personality when the vehicle is standing still.

VW designers also took care to endow the Atlas with unique wheels and artfully fit the headlamps and taillights into the design, so they enhance the vehicle’s overall appearance. Small details such as the door handles are also smartly done, underscoring that while the SUV shape is ubiquitous, the design character of individual vehicles in the segment are not locked in place.

Interior: The interior of the Atlas is one of its strong points if not the strongest point. It seats seven, and I found the front row to be very well laid out offering a pleasant user experience. The materials, layout of the controls and gauges and the tactile feel of elements such as the steering wheel and knobs all seemed to work together to serve the driver and passengers.

The view from the elevated driver’s position is excellent.

The Atlas was specifically designed to carry passengers and the cabin is spacious enough, so no one feels cramped except perhaps when all seven seats are occupied. There is even room to spare for luggage or sporting equipment. VW executives in Germany also relented and with accepted the American habit of in vehicle dining and snacking and looked the other as engineers found room for not one but as many as 17 cup holders, according to the Atlas press kit. 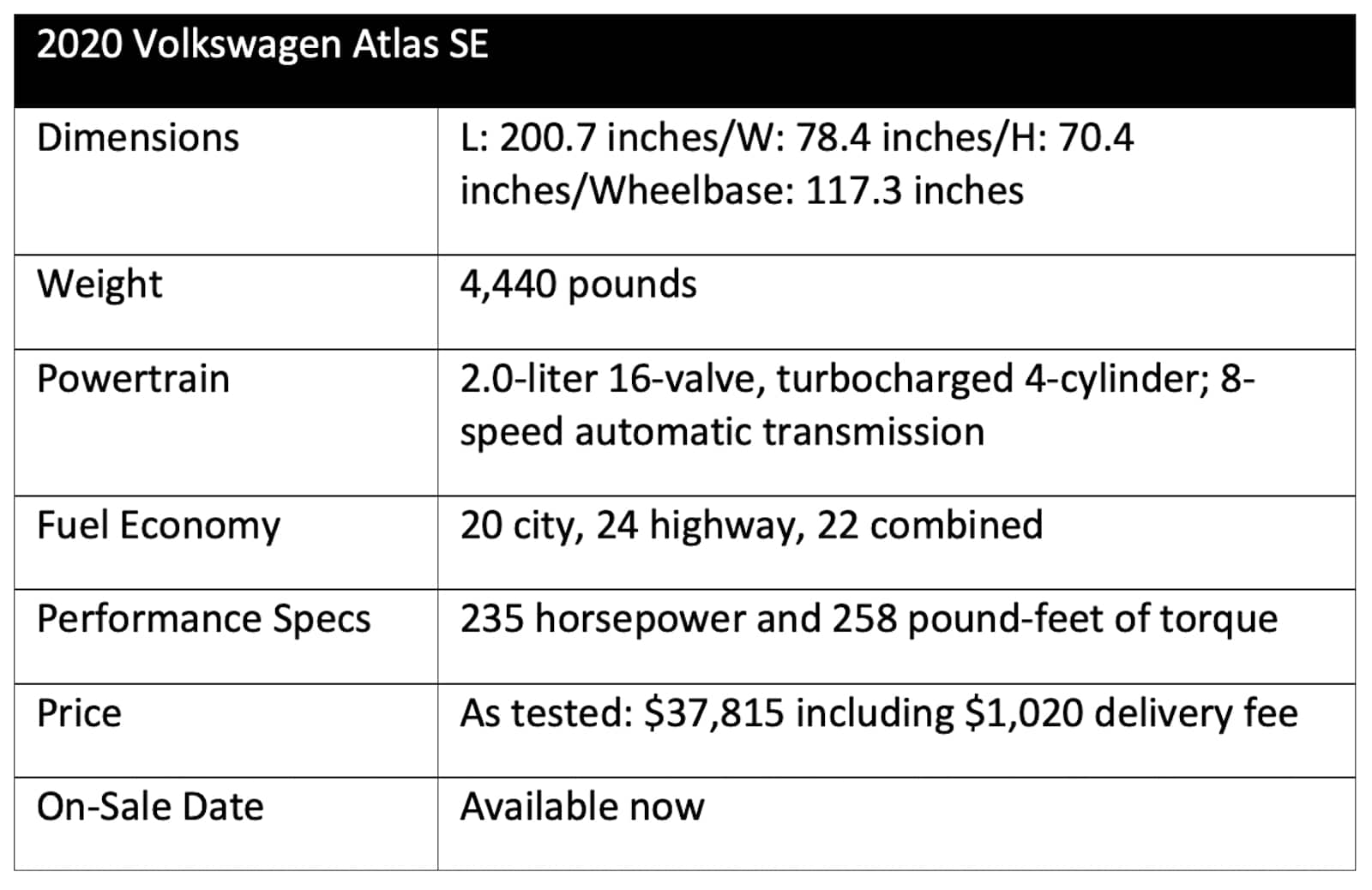 (Volkswagen updates Atlas SUV a year ahead of usual.)

Powertrain: Volkswagen offers two different engines in the Atlas: a V6 and a turbocharged 2.0-liter 4-cylinder engine. The Atlas I drove was equipped with the latter. The engine was matched to an 8-speed automatic transmission. It also was equipped with 4Motion, VW’s all-wheel-drive system, and a selector switch for three different drive modes.

The engine delivered plenty of kick when needed but otherwise was practically invisible since the cabin of the Atlas is well insulated from any engine noise. The shifts were smooth and never seemed to strain or miss a beat. The all-wheel-drive system also operated smoothly and efficiently when required on gravel roads.

Safety and Technology: Since it is designed to carry seven passengers, the Atlas is equipped with multiple airbags to protect the vehicles’ occupants in frontal or side-impact collisions. The version I drove also was equipped with driver assistance features such as blind-spot detection, automatic headlights, and forward collision warning. It also had cruise control and an 8-inch touch screen, multiple USB ports, satellite radio and Bluetooth connectivity and entertainment system with six speakers. Wireless charging for smart phones also is available on the Atlas as is keyless entry.

Driving Impressions: The smooth performance of the powertrain and the well-engineered suspension are two of the best features of the 2020 Atlas, delivering a smooth, comfortable ride over varied services. The Atlas also seems to have ample muscle to take on freeways and the quick steering and brakes with plenty of stopping power that are necessary in urban driving these days. 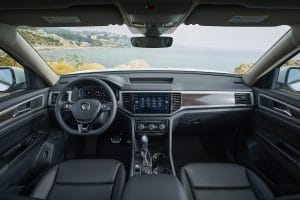 The interior of the Atlas is a comfortable place to be with excellent visibility.

The overall handling is quite good as the electro-mechanical steering system that offers the driver feedback. The impressive performance of the chassis and power train undergirding the Atlas help separate it from competitors in a segment that has not been noted for delivering a solid driving experience.

Wrap Up: There are a lot of things to like about the 2020 Volkswagen Atlas, starting with the quality of the interior and the vehicle’s overall ability to deliver a smooth, confident ride. The technology is not as slick as in some vehicles in the midsize SUV segment, but it does well on affordability.

The price on the model that I drove was $37,815, including the $1,020 destination charge, which is very nearly spot on the price of the average new vehicle sold in the U.S. these days. VW finally seems to have come up with a vehicle that fits smoothly into the heart of the U.S. market.