F-Series tops most stolen vehicle with more than 38K.

New statistics show that if you drive a Ford F-Series pickup, your vehicle is more likely to be stolen than any other.

Suffice to say, since the F-Series has been the best-selling vehicle in the U.S. for decades, finding it atop this list isn’t all that surprising. In fact, 38,938 F-Series trucks were stolen in 2019 with the 2006 model year being the most popular among car thieves.

However, the most stolen vehicle in the U.S. last year was the 200 Honda Civic with 4,731 of them being swiped off the streets. The aforementioned 2006 Ford pickup finished third overall. Hondas have led the way both in terms overall thefts and specific thefts by model year for some time. 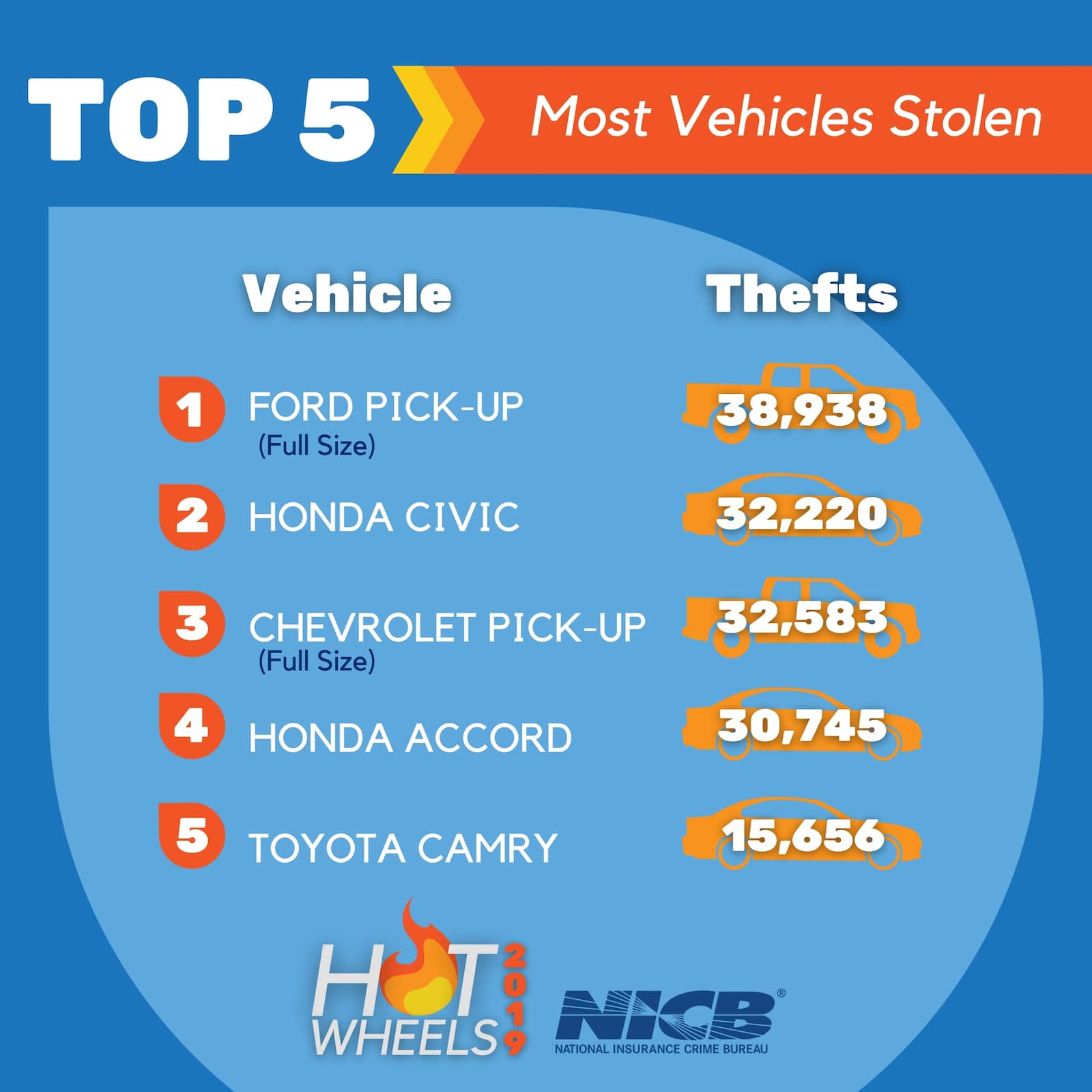 Ford’s “ascension” to the top spot overall is really a sign of the popularity of pickups as four full-size pickup models found their way onto the “Most Stolen” and “Top 10 Model, Makes and Years” list in 2019. 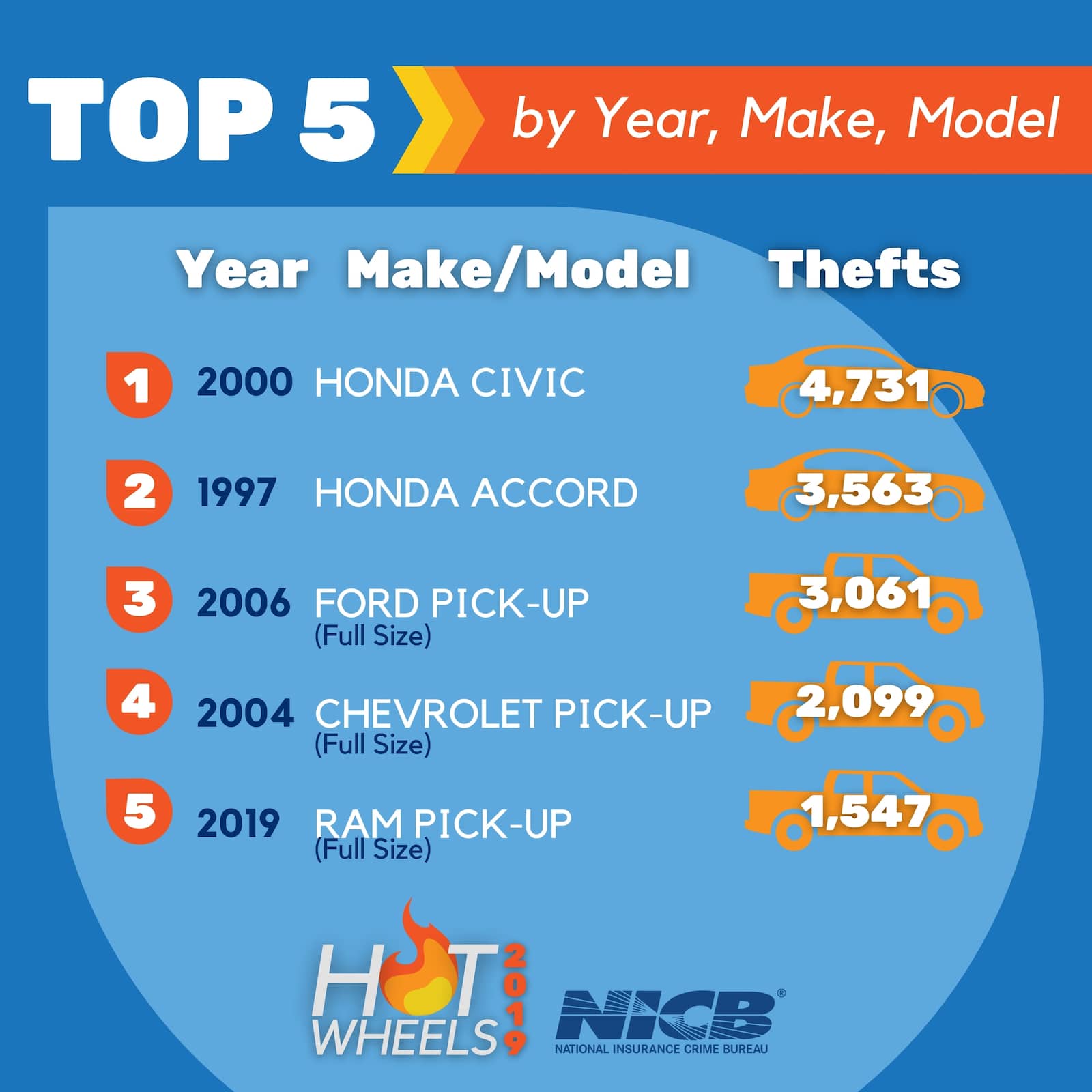 The NICB offers suggests vehicle owners be proactive in the protection of the vehicles, employing common sense tactics, such as not leaving keys in vehicles, locking doors and parking in well-lit areas. The group also recommends having a warning device such as an alarm or other device to let potential thieves know the vehicle is protected.

It also recommends a device that can immobilize your vehicle to prevent thieves from hot wiring your car, kills switches, fuse cutoffs or wireless ignition authentication. Finally, the group says tracking devices can help limit the damage done to a stolen vehicle as police can track the vehicle to a location. Some of these devices will even let the owner do so.