Tesla Speaking Truth about its Power at Battery Day

After months of hype, Tesla’s long-awaited Battery Day is finally here; however, regardless of what’s unveiled or hinted at during the event, CEO Elon Musk has already warned it won’t show up in a vehicle until 2022.

Musk, who seemingly decided to have Battery Day while answering questions during a quarterly call, tweeted the disclaimer of sorts a few days ago. The upside is that any new technology is going to impact its newest product offerings.

He also noted that the company will increase its battery cell purchases from Panasonic, LG Chem and CATL and even other producers. Musk acknowledges that with the increased number of companies rolling out new electric vehicles, that demand is going to outstrip supply. 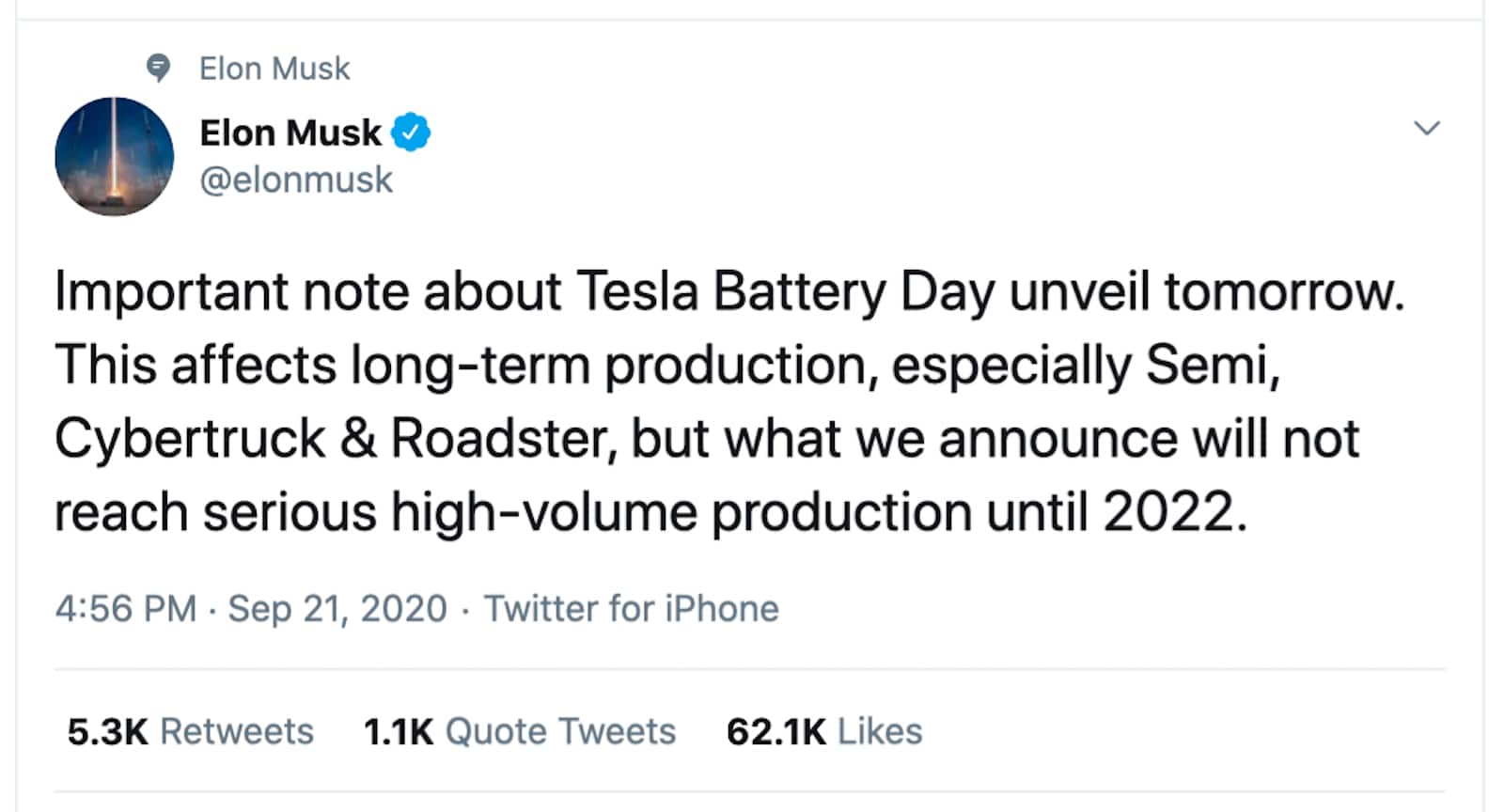 “… even with our cell suppliers going at maximum speed, we still foresee significant shortages in 2022 & beyond unless we also take action ourselves,” he tweeted.

Musk added that scaling up new technology, such as improved batteries and cells, is tough sledding so it’s unlikely to find its way into existing vehicles, like the Model 3 and Model Y.

“The extreme difficulty of scaling production of new technology is not well understood. It’s 1000% to 10,000% harder than making a few prototypes. The machine that makes the machine is vastly harder than the machine itself,” he tweeted.

The speculation about what’s coming has been raging for months, and TheDetroitBureau.com has a few suggestions about what information may to be rolled out to investors, analysts and interested observers later today. Here is a sampling of what may come to light during Battery Day:

It’s also likely that some “non-battery” news will come out of the event, specifically updates on the Gigafactories in Berlin and Austin, Texas, as well as updates on the aforementioned Cybertruck, Semi truck and, maybe, the next-gen Roadster. Regardless of what news does finally come out at the event, Musk promised last week, “It will be very insane.”