Want to Rent a Porsche For a Month or Two? Porsche Passport Subscription Program Gets a Makeover 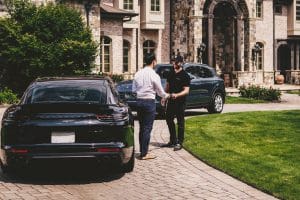 Customer takes delivery of a Porsche Drive subscription vehicle. Currently, social distancing and other safety measures have been implemented during vehicle flips.

Porsche was one of the first automakers to launch a subscription service, its Passport program offering the ability to swap in and out of more than two dozen different models, albeit at fees of as much as $3,000 a month. The German automaker is offering customers a new, more affordable option, letting them rent a single Porsche model for just one to three months.

The Porsche Drive-Single Vehicle Subscription service starts at $1,500 per month for a Macan and runs as high as $2,600 for a 911 Carrera. There’s also a $595 activation fee – though it’s waived if you sign up for a three-month rental. The program initially will be offered in four cities, Los Angeles, Phoenix, San Diego and Atlanta, the home of Porsche’s U.S. headquarters.

The Multi-Vehicle Subscription version of Porsche Passport was launched in 2017 and many analysts thought that it would trigger a dramatic shift in the way motorists get in and out of new vehicles by letting them sign up for all-inclusive packages covering everything down to insurance while allowing a customer to experience different products according to personal needs and desires.

An array of manufacturers followed with similar subscription programs, including Audi, BMW, Cadillac and Mercedes-Benz. But things haven’t gone quite as expected. 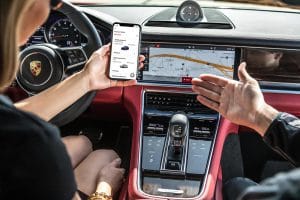 “The problem is that these (multi-vehicle) programs are expensive,” said J.D. Power analyst Jim Houston during a recent media conference call. For what you pay “You can get a lot better vehicle for what you pay” if you don’t want to swap in and out of different models.

As a result, demand for such programs has been far less than anticipated. Both Cadillac and Mercedes-Benz have dropped out of the subscription market, though they have indicated they may return if they can come up with a better alternative. Meanwhile, Volvo spinoff Polestar, which was intending to offer a subscription program of its own has decided to stick with the more conventional lease and purchase options.

Porsche is retaining the original multi-vehicle approach though it has so far had only 325 customers sign up – the majority of them staying with the program for just four months while swapping between vehicles, on average, about every two weeks, according to Klaus Zellmer, president and CEO of Porsche Cars North America.

With the addition of the Porsche Drive-Single Vehicle Subscription program, the company is offering up a hybrid plan that falls in-between the original Passport concept and a more conventional daily rental approach. Essentially, it is a short-term lease that has the benefit of factoring in pretty much all costs except for the gasoline a customer will use. 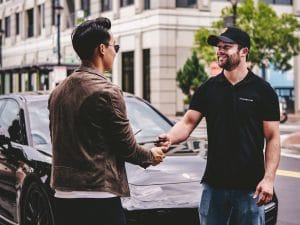 Customers are not required to take delivery of their vehicles at home. They can be dropped off at a pre-arranged location.

The launch of the Single Vehicle program could prove to be a more effective model for the industry by bringing costs down to a more affordable level, especially since customers have shown less interest in swapping in and out of vehicles than many had originally anticipated.

If anything, the new Porsche approach is more in line with the Care by Volvo program which focuses on one product line, the XC40 but rolls in insurance, repairs and maintenance, along with the cost of the vehicle itself.

With the launch of the new Single Vehicle plan, Porsche is adding L.A. in with the four cities where it had already been offering the multi-vehicle program.

“If California were a country, it would be our fifth-largest market in the world,” said PCNA boss Zellmer. “After bringing Porsche Drive to San Diego last summer, Los Angeles was an obvious choice to allow customers to experience a variety of Porsche sports cars and SUVs at the touch of an app.”

To sign up for Porsche Passport, customers simply need to download the special app available for Apple and Android phones.