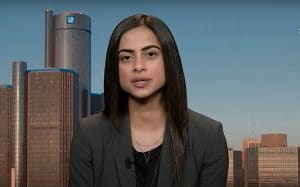 Automakers have been luring high-level executives from outside the industry for several years, and the tech industry struck back as General Motors CFO Dhivya Suryadevara is leaving to take the same role at Stripe, an online payment startup.

Suryadevara was named chief financial officer a little more than two years ago, replacing Chuck Stevens. Her ascension to the job made the automaker one of a small group of companies with women in the role of CEO and CFO.

“Dhivya has been a transformational leader in her tenure as CFO,” said Mary Barra, GM chairman and CEO. “She has helped the company strengthen our balance sheet, improve our cost structure, focus on cash generation and drive the right investments for our future. We wish her every success.” 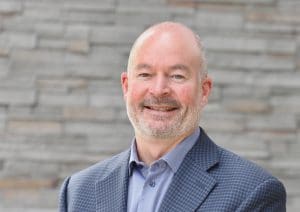 Suryadevara, 41, spent much of her career with the company, starting in 2005. She’s steadily moved up into roles of increasing responsibility until making the jump from Vice President, Corporate Finance in 2018.

“I am grateful for the opportunities I have been given at GM,” said Suryadevara. “While I look forward to a new opportunity that will allow me to apply my skills in a new sector, I have great confidence in GM’s trajectory and future.”

She noted that “really enjoy(s) leading complex, large-scale businesses and I hope to use my skills to help accelerate Stripe’s already steep growth trajectory.” Stripe, which started in 2009, has about 2,800 employees in 16 offices, handling about $10 billion in transactions in 2019.

(GM beats forecast but still in the red for pandemic-hit second quarter.)

It’s quite a difference from GM, a Fortune 20 company with about 180,000 employees on six continents and revenue exceeding $100 billion.

When CEO Mary Barra named Suryadevara CFOF, GM became part of a small group of companies with women in both roles.

However, Silicon Valley businesses remain hot — comparing Tesla’s market cap to GM’s only confirms the appeal of left coast tech companies. In fact, GM’s market cap is only slightly higher than the much small Stripe: $42 billion versus $36 billion.

On an interim basis, John Stapleton, who has been GM’s CFO for North America, is taking over for Suryadevara. He took his current job when Suryadevara’s predecessor Stevens moved into the CFO’s job.

Stapleton has been in his current role since January 2014. He joined the company in 1990 and has held a series of finance roles with increasing responsibility in manufacturing, labor, performance improvement and operations. GM plans to conduct internal and external searches for a permanent successor to Suryadevara.