Most of the action involves Ford Edge and Lincoln MKX. 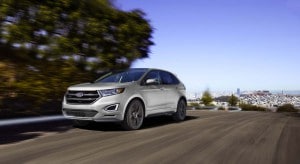 Ford is recalling more than 500K vehicles in three separate actions, although most of that total is accounted for in one single effort involving Ford Edge and Lincoln MKX models with brake issues. 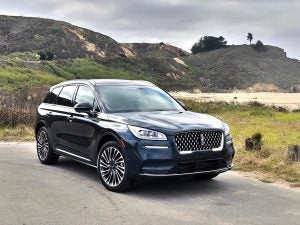 Ford recalled more than 3,500 Lincoln Corsairs due to an issue with springs.

The driver may experience an increase in brake pedal travel, together with a reduction in the rate of deceleration, increasing the risk of a crash. Ford said it is not aware of any reports of accident or injury related to the problem.

To resolve the problem, dealers will replace the front brake jounce hoses with new hoses that have a revised braid material. The repairs will be made at no cost to the owner.

The automaker also issued two much smaller recalls. The first is for about 3,500 2020 Lincoln Corsair vehicles in the U.S., Canada and Mexico, nearly 3,000 of those are in the U.S.

In this instance, the affected vehicles may have insufficient clearance between the left and right rear coil springs and the toe link bracket. This can cause the spring and bracket touch, potentially wearing away the protective coating on the coil spring. 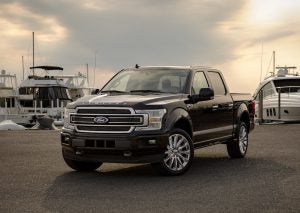 A small number of 2020 F-150 pickups have been recalled due to a battery issue.

This can allow corrosion where the protective coating has been worn away, reducing life of the spring — even resulting in the fracture of the spring. A fractured rear coil spring may separate from the vehicle and cause a potential road hazard for traffic following behind, increasing the likelihood of a crash for other vehicles.

Ford is not aware of any reports of accident or injury related to this condition. The vehicles in the action were built at Louisville Assembly Plant from Jan. 7 to Oct. 21, 2019. Dealers will inspect the vehicles for proper clearance between the toe link bracket and rear coil spring. If needed, the toe link bracket edge will be trimmed, and a new coil spring will be installed.

The last action affects 431 2020 Ford F-150 trucks. The vehicles in the action were built at the Kansas City Assembly Plant on June 30 and July 1, 2020. The trucks may have been built with an improper attachment nut used to fasten the positive battery cable (B+) to the starter motor.

This can result in an unsecure connection to the starter, increase the potential for incremental heat generation during a vehicle start cycle, and electrical arcing, which could lead to a fire. Thus far, Ford hasn’t been made aware of any injuries or accidents due to the issue. Dealers will replace the starter motor B+ power supply attachment nut.