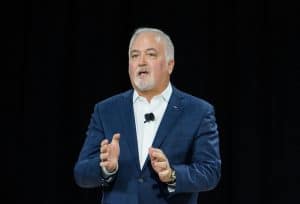 Steve Carlisle, who has served as head of Cadillac for the past two years, has been named the new president of General Motors North American operations.

The 58-year-old Carlisle replaces Barry Engle, who was said to be seeking to pursue other opportunities. When he formally steps into the new role on Sept. 1, Carlisle will continue to oversee Cadillac, as well as GM’s three other North American vehicle brands, OnStar, ACDelco and GM Genuine Parts.

“Steve will help us scale the considerable transformation progress we have been making, while at the same time preserving the sufficient autonomy necessary to maintain four distinct vehicle brands,” GM Chairman and CEO Mary Barra said in a statement.

Engle, 56, spent just a year in the North American job, a period of “extreme challenges,” noted Jessica Caldwell, a senior analyst with Edmunds. That included the lengthy strike by the United Auto Workers Union that shut down U.S. manufacturing for nearly two months, as well as the two-month closure of operations across the U.S., Canada and Mexico due to the coronavirus pandemic. 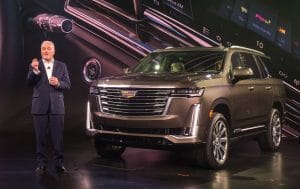 Carlisle will continue to run Cadillac in his new position within GM.

While it is common for executives to be said to be “pursuing other opportunities” when they leave a job, the Detroit Free Press quoted unnamed GM sources who indicated that Engle was leaving because he wants to completely run a company on his own. He had done so earlier in his career, while having also served as a car dealer at one point.

For his part, Carlisle is a GM lifer who has worked his way up the corporate ladder taking on a variety of jobs in the U.S. and other markets. That included serving as president and managing director of GM Canada before taking on the Cadillac job in April 2018.

(Back from the Big Apple: Cadillac comes home with expanding line-up of CUVs, BEVs on the way.)

A native of Woodstock, Ontario, Carlisle has been with General Motors since 1982, joining the carmaker as a co-op student seeking a degree in industrial engineering. By contrast, Engle only joined GM in 2015, initially serving as president of the company’s long-troubled South American operations. He took over GM International two years later, overseeing all operations outside North America in China. He was named president of the Americas in April 2019 but then took on GM North America in October of that year. 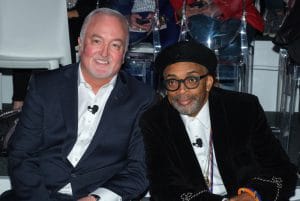 “Being a GM lifer, Carlisle is likely to have a solid understanding of more areas of the business, which gives him the opportunity to pivot quickly because things can change dramatically day to day.,” said Edmunds analyst Caldwell in a statement.

In his new post, Carlisle will report to GM President Mark Reuss and serve as the top sales and marketing executive in GM’s home market, covering all of its varied brands, including Cadillac. But the luxury marque’s daily operations will now fall under the control of 52-year-old Rory Harvey, who has been serving as Cadillac North America’s sales, service and marketing director since March 2018.

(Cadillac moving back to Detroit.)

“Rory has been one of the chief architects of Cadillac’s brand strategy, working with Steve,” Barra said in her statement. “He has a strong commitment to Cadillac, its dealers and customers, so we will have great continuity as Steve takes on broader responsibilities.”