Uses SBA pandemic loans to get $4 million in loans. 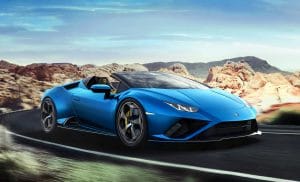 A Miami business owner bought a Lamborghini Huracan Evo with part of nearly $4 million in funds scammed from the SBA.

Automakers and suppliers have been suffering financially during the pandemic, and the federal government has provided assistance for small businesses with the Small Business Administration’s Payroll Protection Program.

The PPP, as it’s known, allows businesses to get loans to pay employee payroll, building rent or mortgages and other legitimate business expenses — like a Lamborghini Huracan Evo for $318,497.

Well, that’s what David T. Hines thought he could buy with the $4 million he secured from the $650 million loan program that, if used properly, will be forgiven by the federal government. Unsurprisingly, Hines has been arrested. 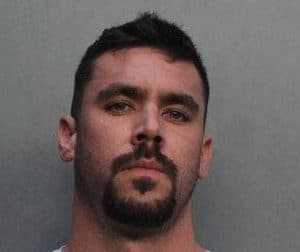 David Hines was arrested after a hit-and-run accident in the Huracan Evo he bought using loan money from the SBA.

To be clear, it’s unlikely a nice blue Huracan is unlikely to qualify for loan forgiveness. Hines also spent thousands of dollars on dating websites, jewelry and clothes, along with stays at high-end hotels such as the Fontainebleau and Setai on Miami Beach, according to the Miami Herald.

Hines’ scheme unraveled after he was involved in an accident July 11. Miami police impounded the car and Hines was arrested. He now faces fraud and other charges related to the hit-and-run incident and prosecutors plan to seize the Lambo.

According to a criminal complaint, Hines’ four South Florida moving businesses applied for seven SBA loans totaling $13.5 million through Bank of America. He claimed the funds would be spent on at least 70 employees with a monthly payroll of $4 million. The bank approved three of his applications, totaling $3,984,557, the newspaper reported.

However, Hines’ companies have monthly revenue and expenses averaging about $200,000 — “far less than the millions of dollars in payroll that Hines sought in the PPP applications,” a criminal affidavit said. 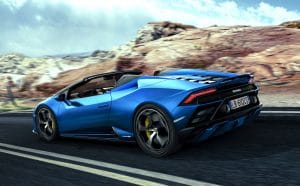 The loan program is facing similar efforts made by other business owners, who have discovered that the SBA, which is providing the guarantees to banks for the loans, isn’t vetting the applications closely – or in some cases not at all. This is how Hines was able to get his hands on nearly $4 million.

After his SBA loans were approved, Bank of America began depositing hundreds of thousands of dollars in Hines’ business accounts. He then wired $318,497 to Lamborghini Miami on May 18. The Huracan Evo was registered jointly to Hines and his business, the newspaper reported.

Although he appears to be a scam artist, he’s not necessarily a spendthrift — relatively speaking. According to the criminal affidavit, he still had a balance of $3,463,162 in his accounts.