Study Reveals No Tangible Difference in Safety for Convertibles

Even in rollover accidents, the differences are negligible. 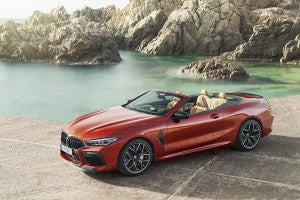 Good news if you had elected not to buy a 2020 BMW M8 Competition convertible due to safety concerns. Ragtops are as safe as hardtops overall.

With summer now in full bloom, at least according to the calendar, ragtop owners can get out on the roads to enjoy the wind in their hair, and according to a new study, they can drive knowing their car is as safe as anyone else’s.

According to a new study from the Insurance Institute for Highway Safety, convertibles pose no greater threat to the safety of their occupants than their hardtop siblings.

(Mercedes pulls the wraps off 2021 E-Class coupe and cabriolet.)

“These findings don’t suggest that convertibles offer better protection for their occupants than other cars, but they do indicate there’s no statistical basis for concerns that the lack of a permanent roof makes them more dangerous,” said Eric Teoh, IIHS director of statistical services, who wrote the paper. 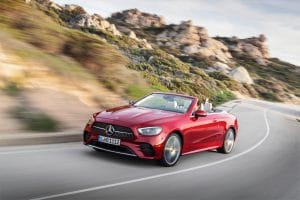 Using two sets of national data from the National Highway Traffic Safety Administration, Teoh compared the rates of driver deaths and police-reported crashes per miles traveled for convertible and nonconvertible versions of 1-5-year-old models during 2014-18.

He also compared the circumstances and driver behaviors associated with the fatal crashes, looking at factors like point of impact and whether the driver was ejected from the vehicle, as well as impairment and seat belt use.

Convertibles were involved in 6% fewer police-reported crashes per miles traveled than their conventional counterparts. Meanwhile driver death rates were 11% lower. However, the likelihood that the driver was ejected from the vehicle in the event of a fatal crash was not surprisingly higher for convertibles than conventional versions.

When IIHS evaluated a group of midsize convertibles in 2007, most of the 10 models earned good or acceptable ratings in the front and side crash tests, though eight had poor or marginal head restraints. Since then, convertibles have remained a low priority for the testing program due to their small sales volumes. 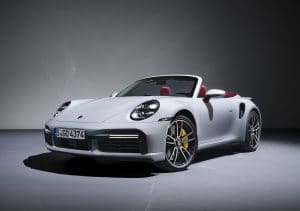 The 911 Turbo S cabriolet, like its hardtop sibling, enjoys a top speed of 205 mph.

However, when IIHS compared insurance claims data for vehicles available in both convertible and nonconvertible versions, it found that the convertibles had lower injury rates and collision claim rates.

(Learn more about how to buy car insurance.)

However, it’s the role of improved safety restraints, i.e. seat belts, that are coming into play now. The new research found 21% of the convertible drivers killed in crashes were ejected from the vehicle, compared with 17% for conventional cars. Among rollover crashes, the likelihood of ejection was 43% for convertibles versus 35% for their nonconvertible counterparts.

Teoh wasn’t able to account for all possible differences in the way convertibles are driven, even when comparing to the nonconvertible version of the same car. For example, it may be that convertible owners more often drive them in nice weather or on less busy roads, and that could affect crash rates.

“Based on this study, convertibles don’t appear to pose a particular safety risk,” Teoh said. “If you’re shopping for a convertible, you should consider crash test ratings and safety features, just as you would if you were shopping for any other car.”