FCA Gets $7.1B Helping Hand from Italian Government

Money to be used in Italy only. 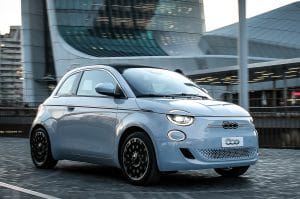 The new $7.1-billion loan FCA secured will help with its development of electric vehicles, like the Fiat 500 model.

After lengthy negotiations, Fiat Chrysler Automobiles. N.V. locked down a $7.1-billion loan backed by the Italian government to help in weather the pandemic, which has upended economic activity throughout the world.

The loan money was directed to FCA Italy, a wholly owned subsidiary of FCA and other Italian companies in the FCA Group, which signed a three-year, credit facility with Intesa Sanpaolo, Italy’s largest banking group, FCA said in a press release.

“Faced with an unprecedented crisis, this is an example of Italy coming together to safeguard a vital industrial ecosystem. The combined strengths of government, our nation’s largest bank and Fiat Chrysler Automobiles have been put to work to ensure the Italian automotive system as a whole can continue to play its role in the restart of Italy’s economy,” Pietro Gorlier, FCA’s Chief Operating Officer for the EMEA region said.

Gorlier said 100% of the money this facility provides will be directed to the company’s Italian business, helping not only those companies, but also the thousands of employees at supporting firms. The funding secures the company’s “relaunch of our entire sector as we continue a transformative shift to a new electric and hybrid powered future.” 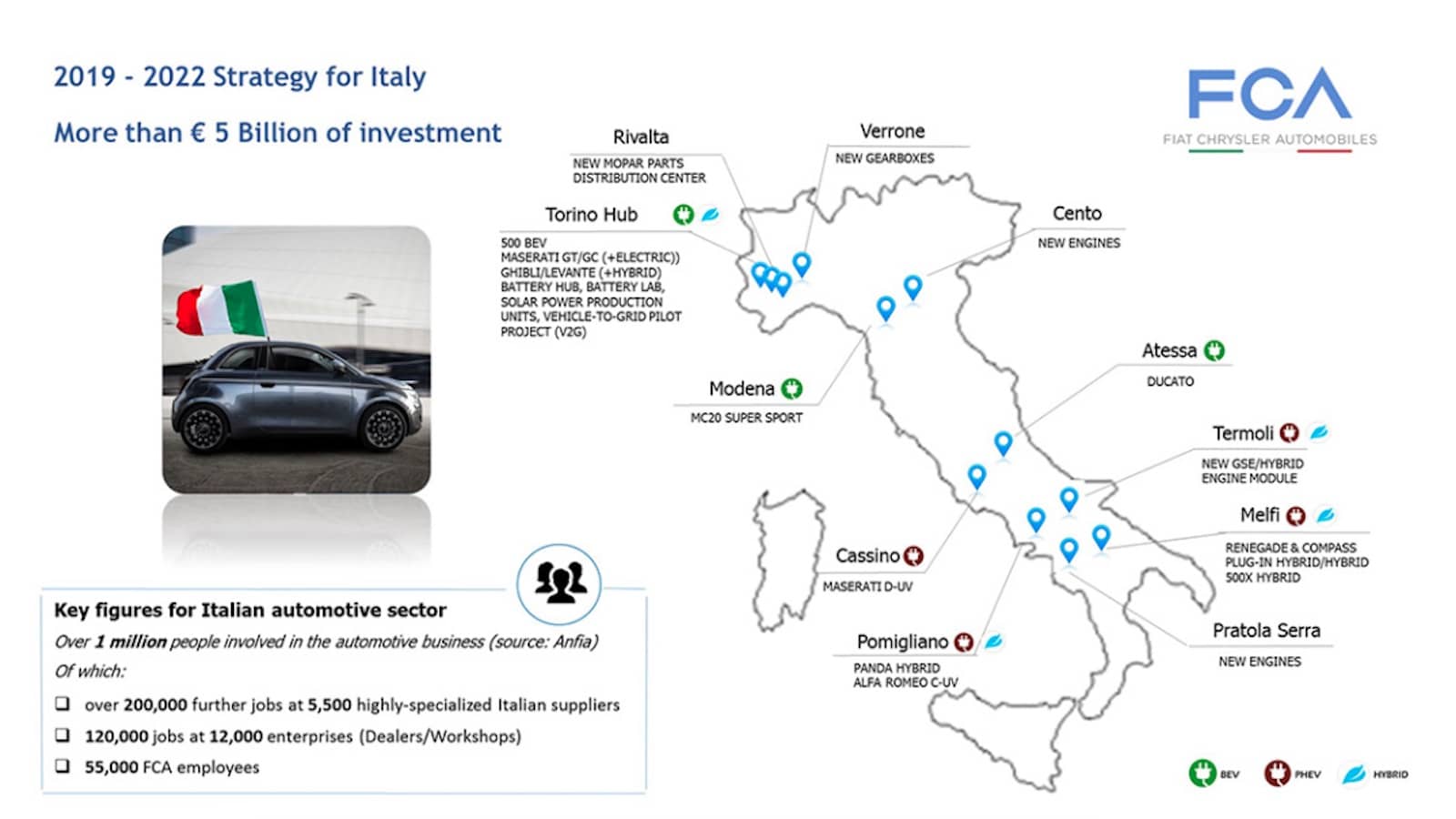 FCA secured a $7.1-billion loan for its Italian businesses.

FCA is Italy’s largest industrial group, directly employing 55,000 people at its 16 plants and 26 dedicated R&D sites. In addition, more than 200,000 jobs in highly specialized Italian supplier businesses are directly linked to the successful continuity of the company’s operations.

The loan requirements specify the proceeds of the loan will be dedicated exclusively to FCA’s activities in Italy and to support the more small and medium enterprises that make up the Italian automotive sector.

Under the facility, which provides a potential model for assistance to other business sectors in Italy – all disbursements from the credit facility will be managed through dedicated accounts opened with Intesa 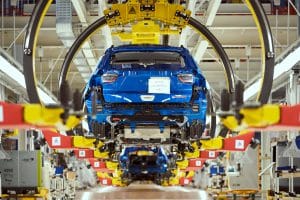 The new funds will also be used at Melfi plant that produces the Jeep Compass.

Sanpaolo for the purpose of providing liquidity to FCA’s business in Italy and to its Italian suppliers, thereby supporting the restart of industrial production in Italy and the continuation of key investment projects at the Group’s Italian plants and suppliers.

The Italian automotive ecosystem is one of the country’s globally recognized areas of strength, as well as being one of the largest areas of specialized industrial and commercial know-how in Europe, the announcement of the agreement noted.

The announcement also noted the automotive sector is the largest investor in research and innovation in the country and, as such, fundamental to Italy’s future economic competitiveness in an era characterized by rapid technological change. The automotive sector accounts for approximately 6.2% of Italian GDP and some 7% of all manufacturing sector employment, the announcement noted.

As part of that plan, FCA Italy recently started production of the all-new Fiat 500 electric in Turin and the Jeep Renegade and Jeep Compass plug-in hybrids in Melfi, and development has been completed and production is due to start for the all-new Maserati MC20 super sport car at the historic Modena plant. 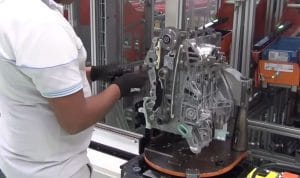 FCA plans to use the funding to keep the development of its hybrid engines moving along.

In addition, new initiatives include development of the new GSE/MHEV engine module at Termoli, which will equip the Jeep Renegade, Jeep Compass and Fiat 500X produced at Melfi.

In Piedmont, significant investments have been initiated at the former Rivalta plant – for the construction of the Mopar brand’s new parts distribution center – and at the Mirafiori complex, where FCA is to install Solar Power Production Units consisting of photovoltaic panels, a battery assembly center and has started the Vehicle-to-Grid pilot project, confirming its leading role in electrification at European level.

(Daimler moves to shore up credit line in face of outbreak.)

The principal production launches will be phased over 2020 and 2021, with all launches completed by 2022. This ambitious plan covers the product offering for all brands and manufacturing sites in Italy, including significant upgrades for powertrains.